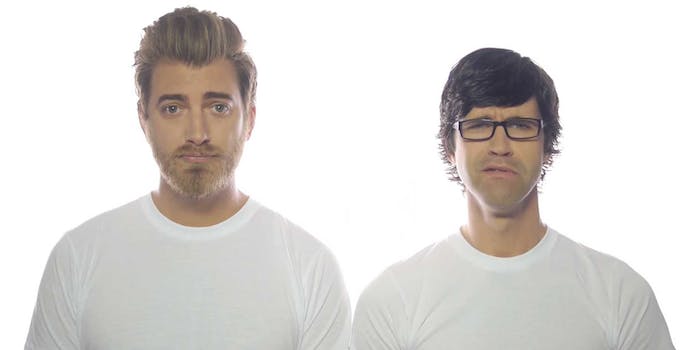 It’s no secret that YouTube‘s automatic closed captioning function is pretty much a disaster. But if you put one of your favorite songs to the test, it might not come out the same way you here it.

For some artists, it’s actually a mass improvement.

Rhett and Link have already made a number of caption-fail videos over the years, singing the YouTube captions to different songs, videos, and phone calls. Now they now have a new artist in sight: Taylor Swift.

Swift has become known for her biting song lyrics (and to whom some of them refer), but when Rhett and Link put five of her biggest hits through YouTube captions, she doesn’t come off as harsh as expected.

“An angel any snakes to me, in Armenia one is only,” they sang in place of “I Knew You Were Trouble.”

Think “misheard lyrics” but for the written word. Swift doesn’t really want you to be a gnome with her, but it would make for an interesting music video in place of “You Belong With Me.” And instead of a love story, it’s just a slow story.

It’s the last captioned song, “We Are Never Ever Getting Back Together,” that finally makes Rhett and Link pause. No matter the context, “hitting ant kidders” doesn’t sound too appealing.