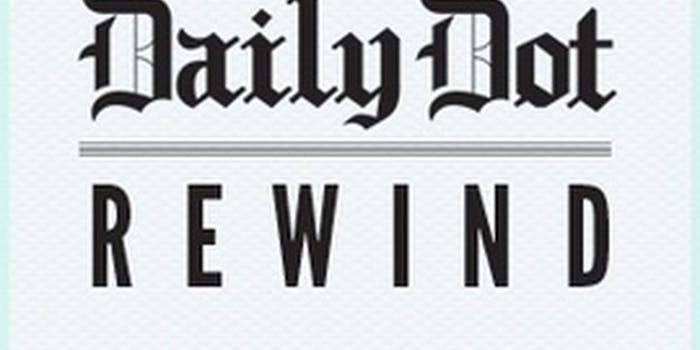 This week on YouTube, videos related to Thanksgiving and Black Friday dominated the site, while prominent YouTubers hit life-altering goals.

In the run-up to the holiday, YouTubers uploaded skits or related Thanksgiving content, from talking angry action figures to wacky meal ideas.

Videos of Black Friday madness were the most viewed over the weekend, with the most notorious featuring the aftermath of a woman pepper-spraying a crowd at Walmart. The Los Angeles Police Department remains undecided over whether or not to charge the woman, reported the Los Angeles Times.

YouTubers took to opining about the incident through vlogs, while others left comments relating the reasons the rest of the world hates the United States.

Along with Thanksgiving-related content, the YouTube community became enraptured with the wedding of two prominent YouTubers; the drama between Notch and Yogscast; and a British dog named Fenton.

A video of an octopus walking on land collected 4.3 million views this week.  The video was originally uploaded on June 19, 2011, but didn’t see substantial views until it was picked up by Boing Boing and numerous other blogs, after Nov. 22.

Speaking of animals making their way on land, a group of salmon, displaced by recent flooding and heavy rain in Wisconsin, attempted to cross a road. The video of their efforts collected 700,000 views.

Scientific American, NASA, Google and Lenova kicked off their own YouTube channel called the YouTube Space Lab Challenge, while other YouTubers didn’t take too kindly to additional changes to the site.

Michelle Obama didn’t get a nice reception either, at the last NASCAR event.The video of the crowd booing the first lady collected 1.1 million views this week.

Sophia Grace and Rosie, who became a viral hit for Sophia’s version of Nicki Minaj’s “Super Bass,” hit the red carpet this week where their interview skills were put to the test. Their American Music Awards interviews, showcased on Ellen’s YouTube channel, were viewed 2.2 million times this week.

Prominent YouTubers Freddie Wong and Brandon Laatsch successfully raised funds for their feature length web series, Video Game High School, and celebrated with a Dragon Ball Z video referencing the “Over 9000” meme. Their video, titled “Over 9000,” saw 3.3 million views, and was the fifth most viewed video this week according to VidStatx.

Rounding out the week, the first episode of Danger 5, an Australian weekly web series, aired last Monday. The series makes the leap to television in 2012.