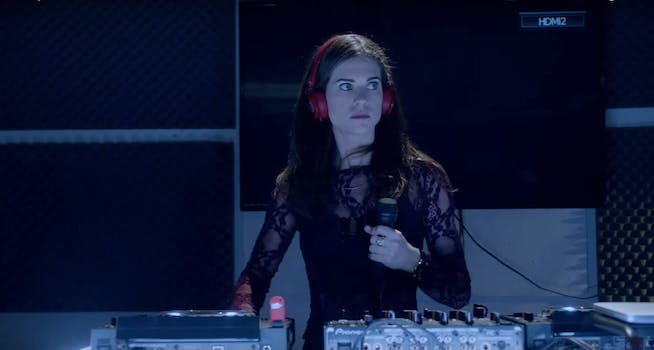 Watch the ‘RePlay’ finale in advance of Wednesday’s go90 release

The New Form Digital go90 series is a modern take on 'Groundhog Day.'

The day that never ends finally comes to a conclusion in the season finale of RePlay, the New Form Digital go90 series that’s a modern take on Groundhog Day.

As Allison relives her birthday day after day, her friends and attendees become part of the action, self-aware and using it to their professional and personal gains. Allison must decide in the final episode if she will hobble her own chances at DJ stardom to save her friends from themselves.

“It take such a dark turn,” director Laura Murphy told the Daily Dot at the cast’s viewing and livestream party, noting that her interest in the project was largely driven by the desire for more female comedic anti-heroes.

“Allison is kind of self-absorbed and wants what she wants,” she said. “She thinks she’s doing the right thing. She’s driven but she’s also kind of selfish.”

go90 viewers have to wait until Wednesday for the finale on their mobile devices, but New Form Digital provided early access for Daily Dot readers to find out how the day ends before anyone else. Check out the exclusive clip below:

“I think the biggest takeaway that I love is that you have to prioritize,” said Murphy. “You have to prioritize on the big scale and the small scale. Allison finally reaches a point where she has this decision, you can get what you wanted, but you’re going to have to lose something else.”