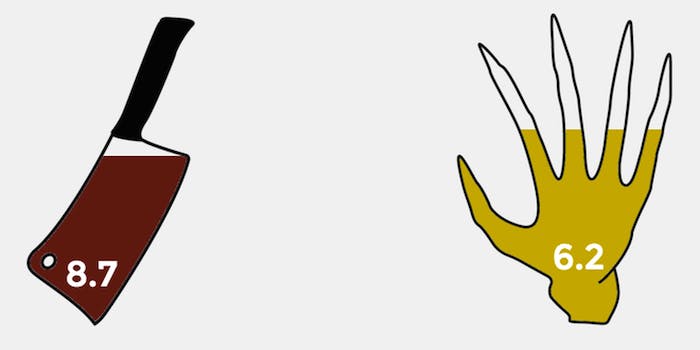 Horror movies are not the same as other movies.

Horror movies are not the same as other movies.

Yes, sometimes a little overlap occurs—Bubba Ho-Tep works as both a horror movie and a comedy, because you can talk about it in public without somebody overhearing things about “eyeballs” or “bodies in the freezer” and dialing 911 on you—but ratings have always been off on horror films, because fans simply aren’t interested in movies that are considered “good” in the classical sense.

Redditor Hoppscott may have just answered the question that’s plagued reviewers since the invention of motion pictures: How do you properly rate a horror film, and in a way that actually connects fans with the entertainment they want? His solution: Reelscary.com. 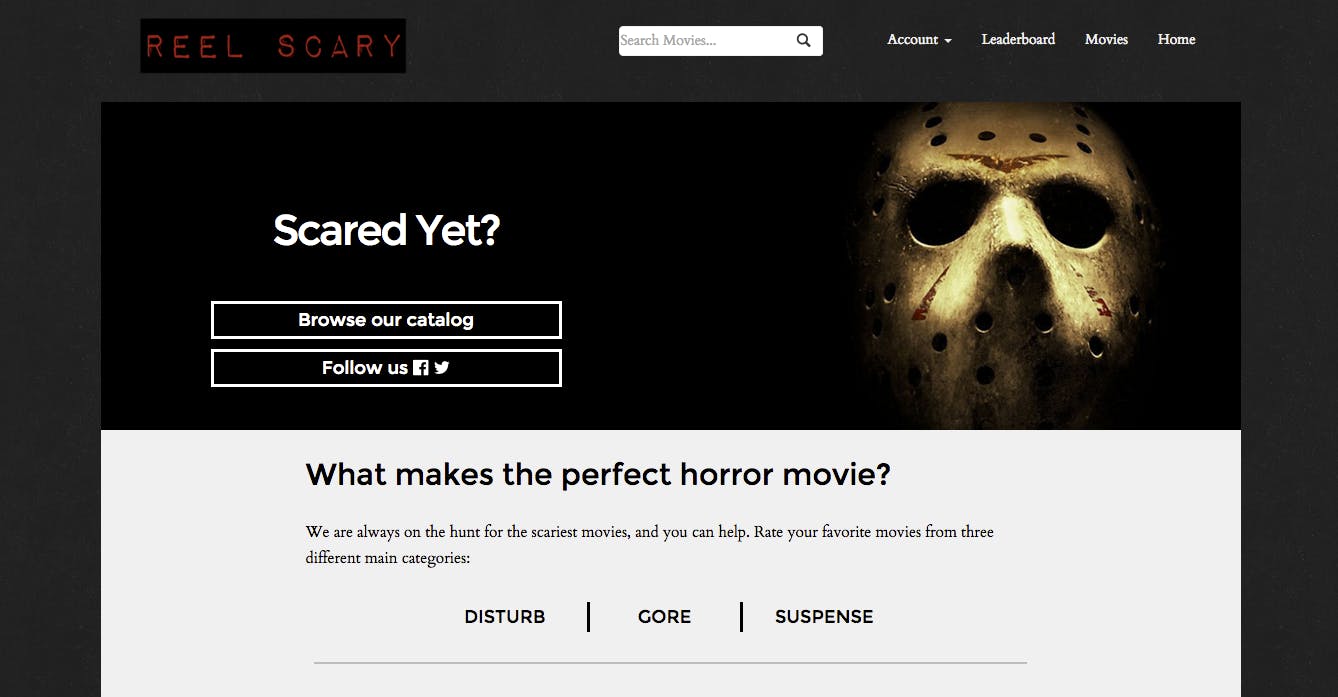 The homepage explains, right off the bat, what horror movies should be judged on: Disturb, Gore, and Suspense. I think “Disturb” is a typo of some sort, because it’s far from the only one on the site (it’s essentially still in beta testing). Below, you can scroll through some movies the site deems to be the “scariest.” As you can see, Hostel: Part II is in the mix, which means the rating system is clearly, in these early stages of the site, working absolutely perfectly. 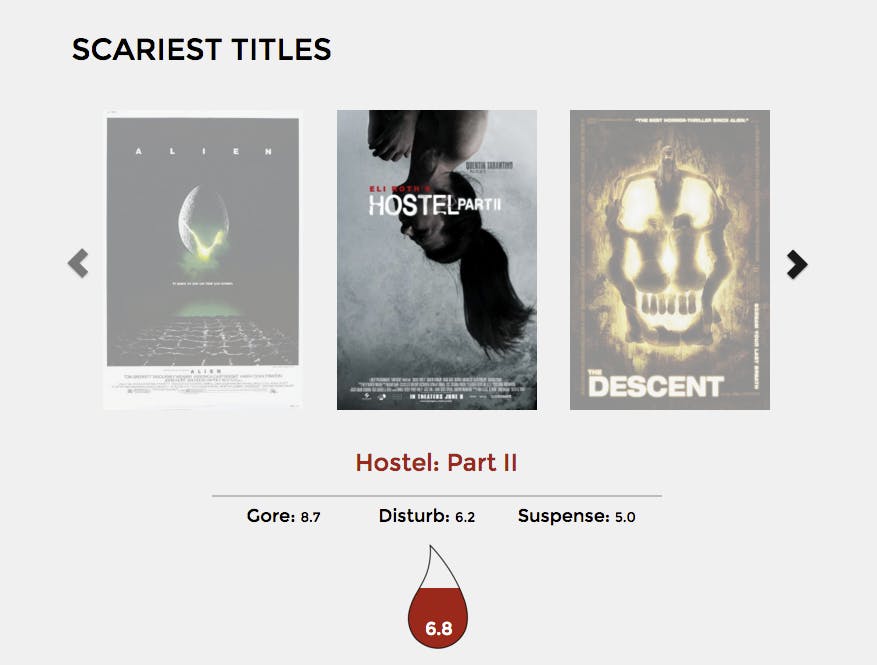 Below that, and to the left, you can check out the top films in each of the three rating criteria: 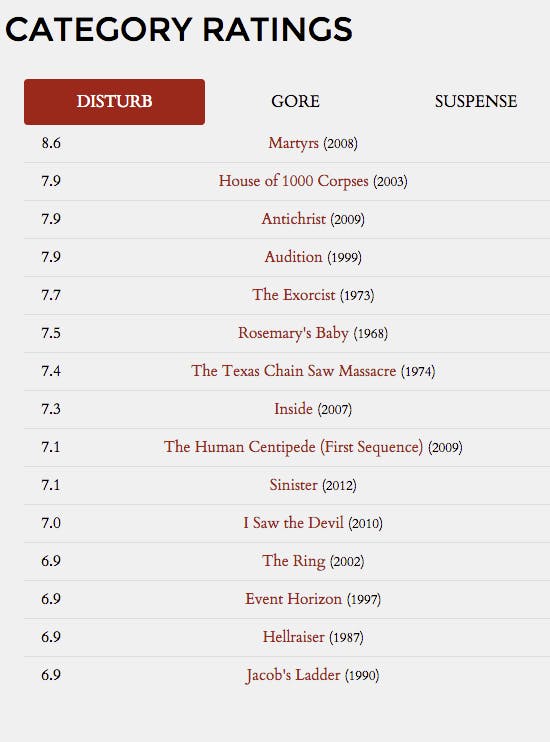 To the right, there’s a section called “Popular Movies,” but who gives a shit about that? Let’s skip to the site’s searching system: 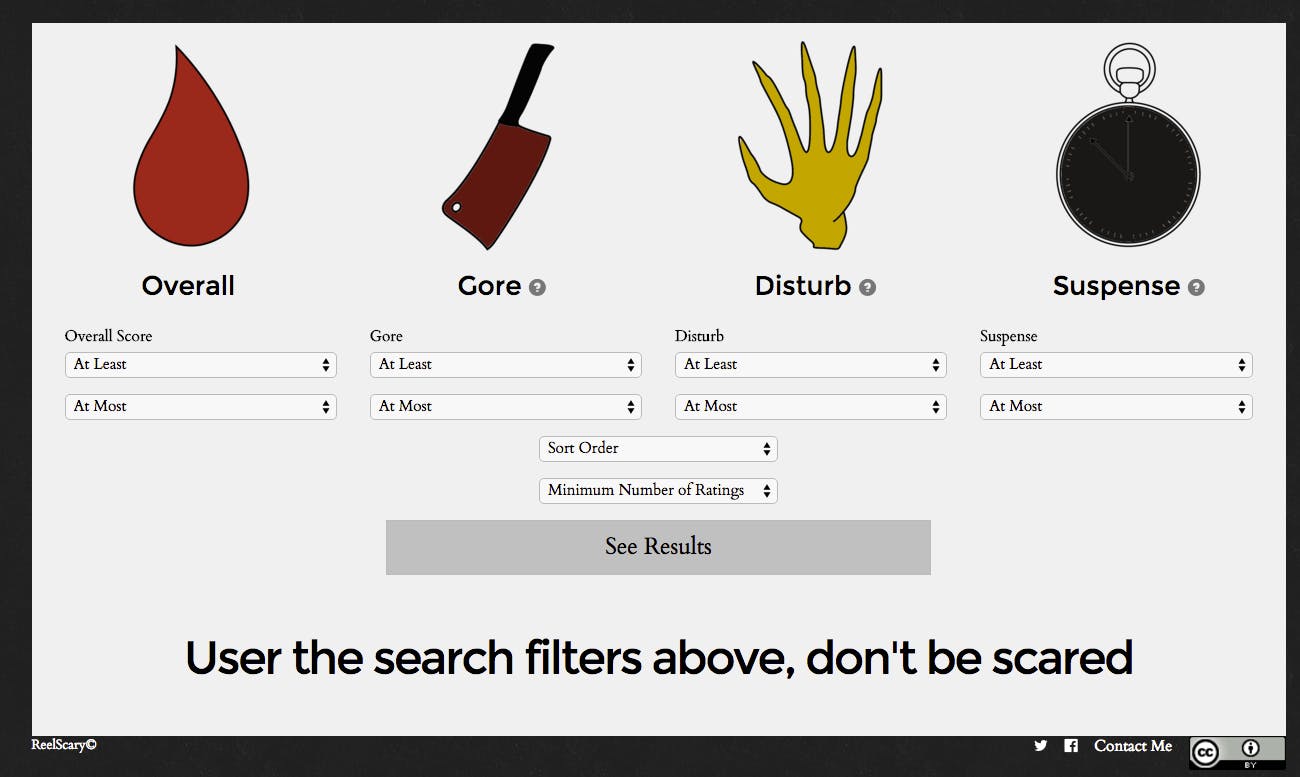 It includes the three previously mentioned criteria, as well as “Overall,” for movies that aren’t top-ranked in the three main categories, but are still good. I tested the system by putting a minimal score of 8, and a top score of 10 in each section, sorted by Gore, and chose the minimally required amount of votes for a film to be fetched by the search engine (which is 10).

I didn’t get any results, but my demands were admittedly quite extreme. I switched the lowest acceptable score to 6 for each category, and got nine movies to come up. Switching the “sort order” did just that: The same movies came up, but in a different order. Because it’s one of the best movies ever, here are the results for The Thing:

The site is still working out some major kinks, and the biggest one—that users can’t add films to the database manually, but instead have to email Hoppscott to have them added—is a fairly crippling issue for a film site that hopes to grow. (He claims it’s being worked on, though.)

Reel Scary can probably still point you toward a winner. After all, it’s the reason I’ll be watching Martyrs, which I’d never heard of, on Oct. 31 (or while nursing a hangover on Nov. 1). I only looked into Martyrs briefly, so I will eat my own shoe if I’m not entertained by it.