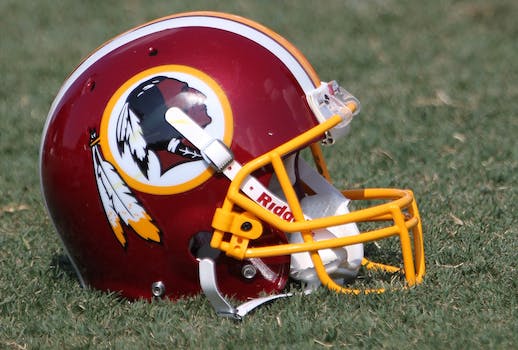 The dysfunction in Washington continues.

Direct from the NFL franchise that just doesn’t seem like it can get any more dysfunctional, we now bring you the story that might top every previous Washington Redskins tale previously told.

It was revealed late Wednesday night that Jessica McCloughan, the wife of Redskins general manager Scot McCloughan, accused ESPN reporter Dianna Russini of trading oral sex for news scoops and, in another tweet, referred to Russini as Scot McCloughan’s “side chick.”

Although the Redskins earlier denied the claim that Jessica McCloughan had tweeted out anything derogatory—team spokesman Tony Wyllie said the Twitter account was fake and that the organization had brought it to the attention of NFL security—she sent out a statement later in the night in which she apologized for her vulgar use of social media.

“I deeply apologize for the disparaging remarks about an ESPN reporter on my personal Twitter account,” she said in a statement issued by the franchise to Pro Football Talk. “The comment was unfounded and inappropriate, and I have the utmost respect for both the reporter and ESPN. I regret that my actions have brought undeserved negative attention to the Redskins organization and its leadership. My comments in no way reflect the opinions or attitudes of the organization and I regret that my behavior has in any way negatively impacted the team and its loyal fan base.”

Here’s what McCloughan had to say about Russini, who previously worked for the NBC affiliate in Washington before moving to ESPN and has been a consistent newsbreaker on the Redskins beat. 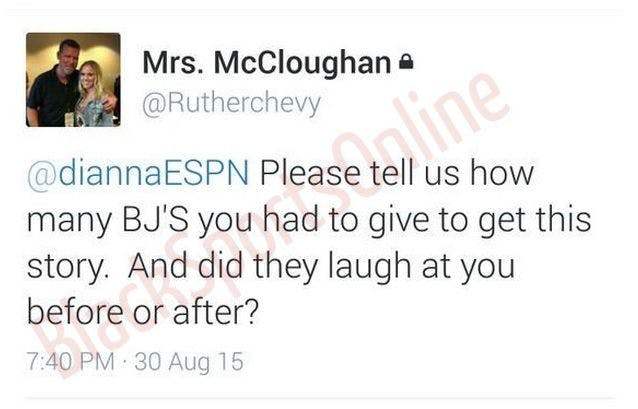 Here’s what McCloughan previously tweeted in response to potentially critical analysis by Russini. 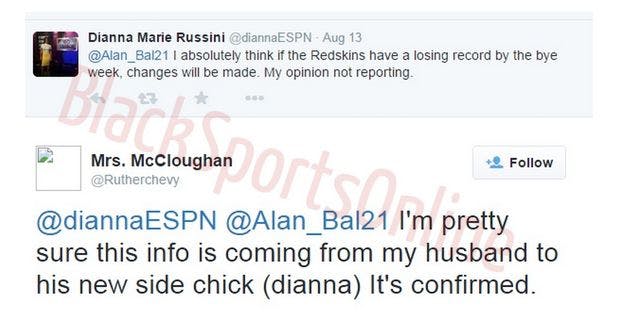 That caused the Redskins PR department to send out statements that were completely false before McCloughan copped to her social media behavior.

ESPN has responded as well, via Deadspin.

“Dianna is an excellent reporter who should never have to be subjected to such vulgar comments,” ESPN said in a statement. “We are obviously extremely disappointed by today’s developments.”

Russini has remained quiet on her Twitter account about the issue, but she did retweet the following from her ESPN colleague.

What a sad, twisted story. That it involves the Redskins should be a surprise to nobody.