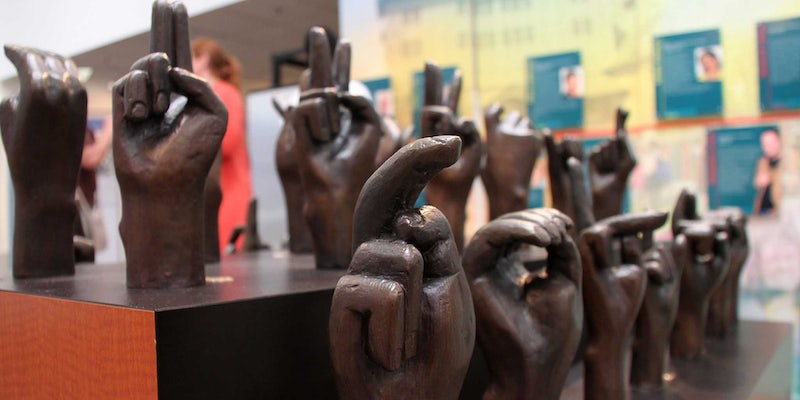 The latest cover artist on Reddit is taking requests, but you won’t hear him sing. You’ll have to watch it happen.

Harrison is deaf, and he regularly makes covers of hit songs in American Sign Language (ASL) for fun. With the help of hearing aids and the bassline vibrations emanating from his computer, he listens to the karaoke version of a song until he figures out where in the songs the words hit. Then it’s all about the rhythm.

He revealed his hobby in a thread featuring a video of rapper Kendrick Lamar’s sign language interpreter. Taking requests, he “cashed in on the Karma cow” and posted a video of the different songs he had been working on, ranging from Eminem’s  “Lose Yourself” to Ke$ha’s “Tik Tok,” and even included in some of the biggest songs of the summer.

You don’t need to have the sound on to be able to tell the tone of the song. Harrison’s facial expressions and enthusiasm signing, depending on the song, are enough to convey the tone to viewers.

It’s completely over-the-top, but according to Harrison, that’s entirely on purpose.

“Affect is really critical in ASL because it conveys all the things hearing people do with their tones and inflections,” Harrison wrote. “You almost have to over-do it in a song to really capture what the artist is trying to put forth. That’s part of why I really enjoy signing Ke$ha songs.”

Harrison’s Reddit audience was impressed, and they requested even more songs for him to cover. Soon enough, he delivered.

With signs and a little rhythm, you can get almost any song’s point across.