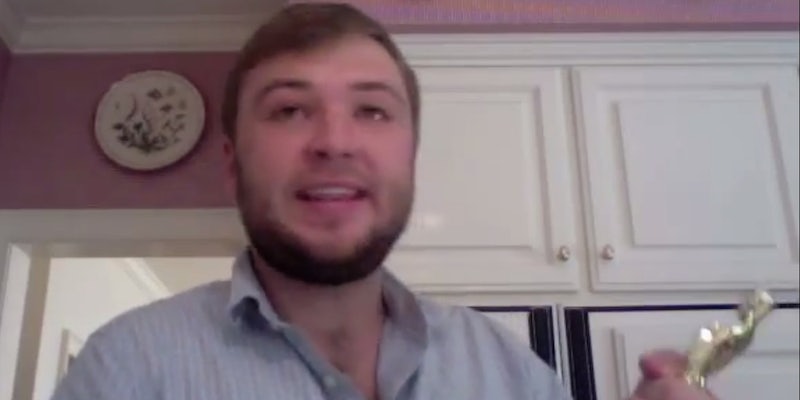 Joseph Scales thanked the social news site the only way he knows how: with more incredible impressions.

After getting an education, a job, and eventually finding success, it’s customary to give back to the institutions that led to your success.

But what do you do if your debt of gratitude is owed to Reddit?

For Joseph Scales, the answer is simple: post another video showing off your incredible talent.

Scales, a longtime redditor, got a jump on his career as a voice actor through support from the social news site. It began in early 2012, when he posted his take on Morgan Freeman’s famous monologue from the Shawshank Redemption. The video was upvoted to Reddit’s front page and now has more than 700,000 views.

More than a year later, Scales returned to Reddit with good news: He had successfully become a voice actor, due largely to the media attention his monologue and his subsequent reading of the children’s book Everybody Poops received.

He ends the video with a fitting quote from Christian Bale in Batman Begins: “It’s not who you are underneath, but what you do that defines you.”