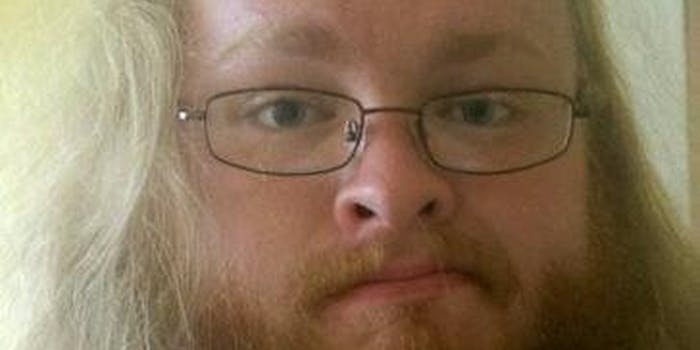 Have Reddit, will travel: the saga of Seth Thompson

Like a Reddit version of Travels with Charley, Thompson is hitchhiking across America with help from the social news site and documenting the people he meets along the way.

Jack Kerouac may have been On The Road, but he was about 50 years too early to be able to tap into Web communities to help him coarse through America.

That’s no problem for one redditor though, as he is harnessing the power of the social news site to help him in his journey across the United States.

The hitchhiker, who uses the handle superfiedman and is also known as Hitchbro and occasionally as “Seth Thompson,” first made his fellow redditors aware of his project on r/trees last month.

Several fellow ents, as r/trees members are commonly referred to as, offered Thompson a place to crash in exchange for interesting stories or even just the opportunity to hang out and engage in a shared interest.

Though it’s not the first time Thompson has embarked on such a trip, he is keeping a vlog this time round. He’s using his YouTube channel to tell the stories of the people he meets along the way.

A redditor known as Spongemage, a friend of Thompson’s, is taking care of video editing from the duo’s home base.

“My vision is to have Seth record the people he encounters across America and have everyone tell some stories and let us all get to know them,” wrote Spongemage (real name Eric). “I will craft something awesome for you guys to watch and enjoy.”

The journey across the U.S. was delayed slightly, as Thompson was feeling sick towards the end of last month. He finally set off on Mar. 3. The first stop was Chattanooga, Tenn., where Thompson looked to hang out with fellow redditors in the city and ended up sleeping at the city’s “crazy” Occupy camp. After almost being stranded in the city, Thompson managed to make his way to Nashville.

The journey hasn’t been without its setbacks. Those who’d offered Thompson a place to stay in both Nashville and Louisville pulled out. Still, the stay in Nashville resulted in Thompson capturing an interesting interview with a homeless couple.

A fan of Thompson’s started a subreddit devoted to his journey, r/hitchbro, while Thompson has set up a Facebook page dedicated to the endeavor.

Thompson’s experiment is like a leveled-up version of CouchSurfing, which he’s actually trying to avoid using. Not only is he looking for kind souls to offer him a place to crash each night, he’s hoping for warm-hearted travelers to help him get from city to city while telling their stories.

Although this type of journey isn’t for everyone, Thompson describes himself as a seasoned hitchhiker and takes measures to protect himself. (How safe it was to find a place to crash through 4chan is debatable, however.)

The vlogging and storytelling aspect really ties together the community aspect of Thompson’s trip, as he attempts to showcase how the power of the Web can lead to a memorable adventure. There’s real potential for Thompson to capture the pulse of America as he talks to ordinary citizens and shares their stories. It’s like a Reddit version of Travels with Charley.

One of Thompson’s goals with the project is to “dispel some negative stereotypes that have come to be associated with hitchhikers.”

But like so many things in life, it’s not about the destination, but the journey to get there.