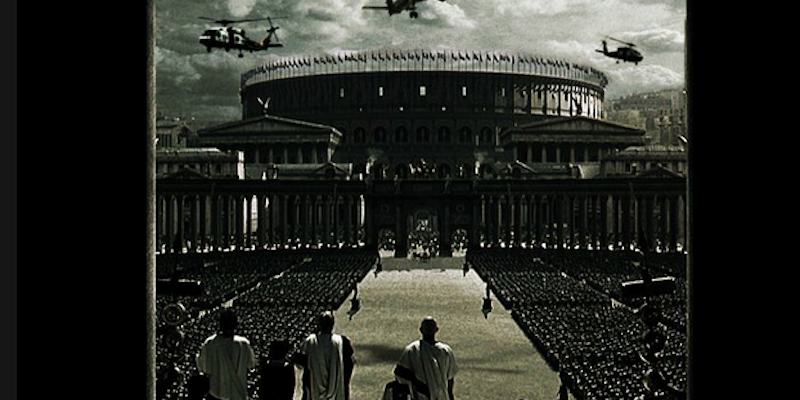 James Erwin, who landed a movie deal based on short fiction he published on Reddit, has been replaced as screenwriter on his movie, Rome Sweet Rome.

The man whose popular Reddit post led to a movie screenplay and eventually a production deal with Warner Bros. Studios has been cut out of film’s equation.

Warner Bros. announced Monday that redditor James Erwin’s Rome Sweet Rome will receive a redrafting at the hands of Brian Miller, a screenwriter whose most recent work came in the form of 2011’s low-budget sci-fi horror thriller Apollo 18.

The film is an adaptation of a narrative Erwin posted in response to redditor The_Quiet_Earth’s question concerning whether or not he could “destroy the entire Roman Empire during the reign of Augustus if [he] traveled back in time with a modern U.S. Marine infantry battalion or [marine expeditionary unit].”

It’s been in the works since production and management company Madhouse Entertainment first contacted Erwin about the film in Sept. 2011. The two parties sat down and started working on a screenplay. Just one month later, Warner Bros. called and made an offer to purchase the rights to Erwin’s script.

According to Variety‘s Jeff Sneider, the major L.A. studio decided recently that the screenplay laid out by Erwin was in dire need of a fresh approach and chose to relieve the redditor of his glamorous writing role. Madhouse producer Adam Kolbrenner tapped Miller—who IMDB attests is not currently working on any projects—and that’s where we are today.

The way Erwin tells it, a new executive joined on to the project “literally a week before the first draft was handed in,” and the group added a new executive production team.

“Absolutely unsurprising that they wanted a fresh take,” he told redditors on subreddit r/movies. “Also standard procedure to have a completely fresh second draft, so the studio and the producers have a lot of ideas to pick and choose from as they push toward a final draft.”

Conversation about the switcheroo made its way over to Rome Sweet Rome‘s Facebook page Monday, where Erwin proved quite candid about the replacement.

“99 percent of what I’m feeling is simply relief that the other shoe has dropped after eight months of waiting,” he wrote. “Brian has succeeded in a terrifyingly difficult business. He’s working with a lot of smart people. Let’s give him a chance.

“The film is its own creature now, purists, and please remember that someday, when you least expect it, Day Nine is coming. Nothing is ruined.”

He closed by saying that fans of the original story may still one day get to see Rome Sweet Rome played out in full—it will just end up in a book rather than on a screen.

“If anything, this news speeds the day when RSR will simply be fan fiction and not a breach of contract,” he offered.

UPDATE: James Erwin told the Daily Dot via Twitter that he’s not entirely off the project. “Not ‘cut out’ yet. Could be involved with a future draft,” he wrote.