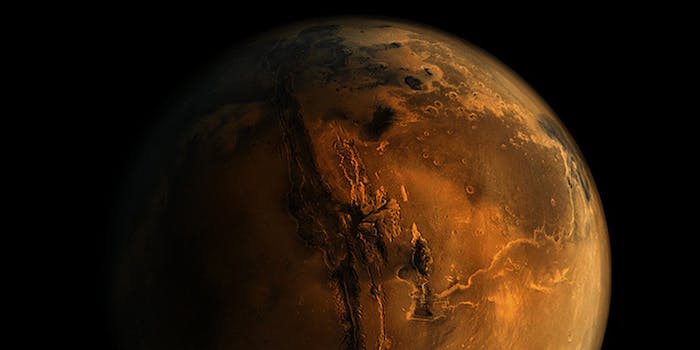 Prufrock451, Reddit’s literary master, author, and historian, is at it again.

Prufrock451 is at it again. James Erwin, Reddit’s literary master, author, and historian, scored a movie deal when he answered a thread about what would happen if a group of U.S. Marines were somehow transported back to the time of the Roman Empire under Augustus Caesar. He’s still got the writing bug, and he’s got a big fanbase on Reddit, so he parsed out some brand-new literary fiction on a new topic: Mars.

What would happen if humans discovered Neanderthals living in a similar Earth atmosphere on the red planet? In an r/AskReddit thread, Erwin started piecing together what may be his next work. It includes characters like Richard Nixon and Carl Sagan.

Erwin is an accomplished writer, father, and smartie (he’s a two-time Jeopardy! champ) who lives in Des Moines, Iowa. After his 2011 post about Rome went viral, Erwin’s idea was optioned by Warner Brothers. In January, he was replaced as a screenwriter by Apollo 18’s Brian Miller. He is also working on another novel, Arcadia, which has its own subreddit for him to post updates.

Erwin may be on to something with his Reddit-inspiration schtick. He’s great at working off premises thought up on r/AskReddit. Already, plenty of readers are excited to be witnessing a “Prufrock in progress.”

In Erwin’s own words:

Mars. It’s been the subject of a thousand passionate debates since Galileo first turned his telescope there and found the Roman Sea, the twinkle of blue and green on the Red Planet’s face. The next leap waited centuries, until Percival Lowell and his detailed maps. By the turn of the 20th century, every schoolboy knew there was an ocean on Mars, white ice on the poles, red deserts and a belt of green around the equator. Darwin and Goddard and Einstein and Rutherford, all of the great minds of that time; they all offered speculation, but that was all it was. The third great leap had to wait, until the world was bathed in fire and blood, until the dreams of Nazi Mars (and Nazi Europe, and Japanese “Co-Prosperity”) were stifled. Until a few bands of misfit geniuses, backed by chest-beating militaries and a technology which demanded rockets to deliver its payloads of nuclear fire, hijacked the Cold War to make their own insane dreams reality. Sputnik. Vostok. Gemini. Luna. Mariner.