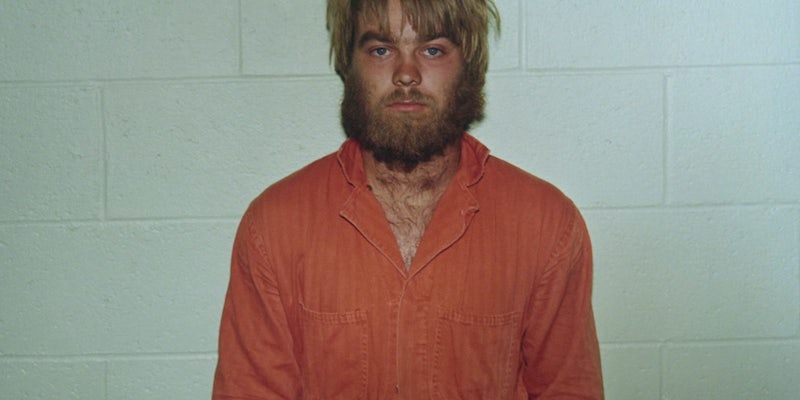 Hint: They don't think Steven did it.

Just like Serial and The Jinx did before it, Netflix’s new true crime docuseries Making a Murderer has gone viral because people are determined to crack the case. The show chronicles the story of Steven Avery, a Wisconsin man who—after being wrongfully jailed 18 years for a sexual assault he didn’t commit—gets exonerated and released, only to be charged with the brutal murder of Teresa Halbach two years later by the same police force.

The series does a great job of tracking the trials and building a case for Avery’s innocence, but it avoids pointing any fingers at a potential alternative suspect. That’s where the fans come in.

All the fan theories are being hashed out on the subreddit r/MakingAMurderer, where people are breaking down the information available and making guesses as to what could have actually happened.

As of now, there are four major schools of thought, but it’s important to keep in mind that all of them are super speculative.

1) Teresa Halbach’s ex, Ryan Hillegas, had something to do with it.

Even though they weren’t dating at the time of her disappearance, Hillegas was the one who was able to guess Halbach’s cellphone password and listen to her voicemails. Redditors posit not only that Hillegas could have theoretically deleted voicemails from her account (explaining why her mailbox mysteriously goes from full to not-full), but also that he could have guessed the password long before she went missing and been monitoring her voicemails. While far more speculative, that would mean that he could have ostensibly heard a voicemail from Avery and known she’d be at Avery’s property on the day she disappeared.

Redditors also think the visible marks on Hillegas’ hand from the search party footage are a little suspect, and that, at the bare minimum, he might have helped the police plant the car key in Avery’s house.

2) A suspicious man from a neighboring town could have done it.

Blogger Brian McKorkle has been following the case since 2006, and he’s pieced together a theory from local news reports: The week the crime was likely committed, a woman from nearby Maribel, Wisconsin, called the police saying her husband was acting very suspiciously. She’d come home one night to find a hallway closet open with women’s jeans, a top, and a pillowcase with red stains inside. When she asked the deputy if it might be related to the Halbach case, the deputy told her the Halbach clothing had already been recovered.

3) Avery’s nephew Bobby Dassey and brother-in-law Scott Tadych did it.

This theory is very popular and has a lot of components, but simply put: These guys were each other’s alibis, and a lot of the testimony they give in the trial directly contradicts both other witness testimony and their own testimony from earlier in the investigation. Key factors like the height of the flames at Avery’s bonfire, when Walbach was seen taking photos, and Avery joking about “getting rid of a body” were all corroborated by these two. In the words of redditor Betterwithcheddar: “They knew Steve would be the suspect. They were tired of Steve’s impact on their family.”

4) The Halbach murder was used as an excuse to seize the Avery property.

This one’s a deep, deep dive, but at one point in the documentary, a man named Doug Hagg is referred to as the district attorney’s mentor. Redditor BathRobeJesus looked him up, and it turns out he’s the head of a Wisconsin real estate transfers and registry office. Since one of the main hiccups in the “The police framed them!” theory is, “But why would the police care?” BathRobeJesus posits that maybe the case was a last-ditch effort to get the Averys to sell their land (to pay for the defense), since it runs right along the town’s “gravel pit.”

While Reddit will probably never reach a consensus on the best theory, look for Making a Murderer defense attorneys Dean Strang and Jerry Buting to dominate the news as the Internet seizes on this new mystery.