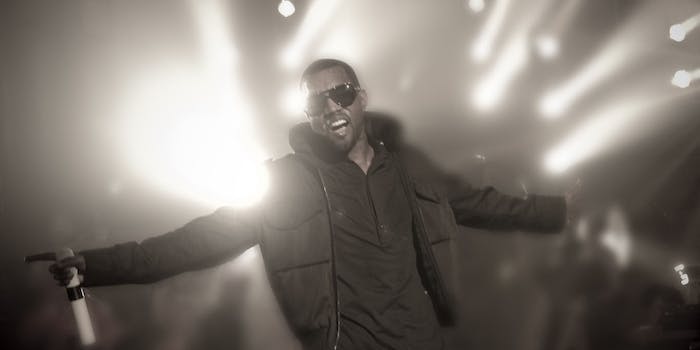 Rapper Kanye West is sitting on an album that is either finished or in the final stages of completion. It’s gone through two publicly confirmed album titles (So Help Me God, and more recently SWISH), one fake tracklist, and has boasted three high-profile singles since New Year’s Eve. With no public release date on the books, West fans are glued to their timelines like doctors on call—assuming this baby will drop at a moment’s notice.

But the way Reddit tells it, the most-anticipated pop album of the year has been uploaded as a 59-minute-long file to the r/hiphopheads subreddit.

On Tuesday, a since-deleted thread by an unknown user claimed to have covertly recorded SWISH on a phone, outside of a listening party. Also included was a speculative tracklist. West is known to gather friends and play them his work. And the file itself is easily found by poking around in the comments. But despite the file and its muffled, West-like audio, the jury’s out on whether it’s a legitimate bootleg.

For one, the quality is atrocious. Anyone that takes on the file is doing so on a purely archaeological level. This file sounds like when a marching band is practicing in a neighboring parking lot.

At the 20-minute mark, there’s a heavy, drum-soaked traditional rap song wherein West injects an arresting and distinct wave of pleading howls. At the 35-minute mark, it sounds like West is having an emotional breakdown and talking to God. It’s easy to believe that this is the avant-garde creative fit that’s been promised.

But not so fast. As the Reddit threads point out, during the “I Want It All” section there’s audio that is strikingly identical to this concert rip. Particularly an audience member’s reaction:

Every section seems like its just one of the song leaks with some added kid playing beats over the top.

West has yet to comment on the reported leak.