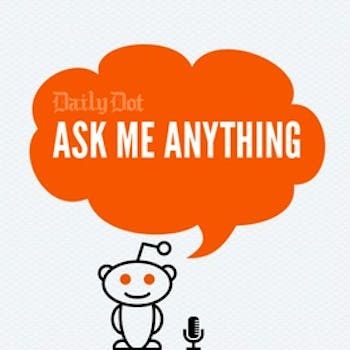 1. I Am Matt Jones. I play Badger on AMC’s Breaking Bad. AMA!

Q: What kind of research did you do to better portray a meth addict? (ericksinha)

A: lots of really depressing you tube videos.

2. I am Jeph Jacques, author of Questionable Content and professional Internet cartoonist. AMA

Q: This may be a little personal, but I often see your written posts (below the comic) and it seems you are either sad, depressed, or just generally very stressed a lot. Are you happy with your work? (eucalyptustree)

A: I am generally happy with my work, but I’m also my own worst critic (and I have some pretty mean critics). And I do have depression and anxiety problems, so there’s that. But I do like my comic, I wouldn’t be able to do it if I didn’t like it.

Q: Does your daughter know? (bink180too)

A: Her mom told her I was in jail for most of her life. Then changed her story to me being a pimp. When I got to meet my daughter though she knew me as a security guard.

As we started hanging out more in public she started to get suspicious because people would come up to me and ask for a picture or autograph and I would tell her it was because I was in an old commercial and used to yell out hey I’m with my kid before they’d say anything. But she is in JR High and some boys at her school told her what I did. I am pretty sure she has no seen porn because her computer has been blocked from all that but you never know. She thinks its cool but I don’t think she knows what it is really yet. There are actually a lot of us out there with kids and she has 3 close girlfriends around her age who all are in the same position she is in. And they have a tight group.

4. “I am Wes Johnson, and I do voice for video games like Skyrim, Oblivion, Fallout 3, Morrowind and Star Trek: Legacy.”

Q: Do you play the games that you voice act for? (brain_trust)

A: Absolutely! I played Morrowind on PC endlessly, have well over 500 hours on Oblivion on the XBOX 360, and have about 20 hours under my belt so far for Skyrim (can’t get it away from my sons!).

Q: Do the men take any Viagra or enhancement drugs? (jakeryan1049)

Q: Who do you consult, when choosing equipment and weapons for the games? (LuXiius)

A: Andy McNab, as well as various other police and military service members. Many DICE guys did their mandatory service in the Swedish Military (it is no longer mandatory) and have personal experience. One of our Sound Designers is a trained sniper.

Q:  I’m curious, how long did were you using the brown? How much/day? What dose did you start out on methadone and how did the dose progress fluctuate? I’ve had a few friends use clinics to get clean. (overripebanana)

A: Well, from April 2007 till April 2008 was when I was using both pills and dope. I think I used dope for about 10 months and pills from the beginning almost to the bitter end, to augment the dope. I would use 2-3 bags a day, maybe $30 worth, plus maybe 10 or so Dilaudid (2 mg) pills. I started on 25 mg/day of methadone, eventually getting to 80 mg/day at peak. I could go up 5 mg/every like 3 days at first, then switching to 10 mg/week increases when I was getting take home doses and didn’t have to go to the clinic daily.