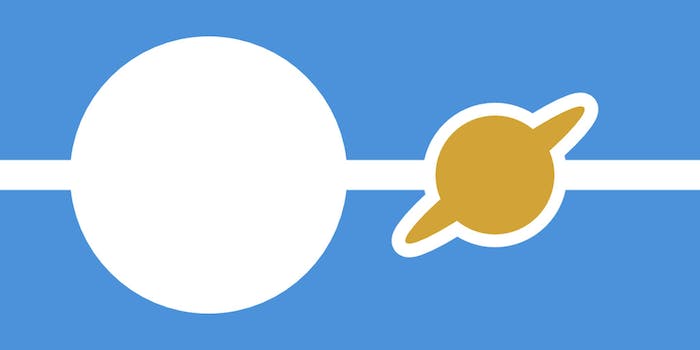 One solar system, one flag

In the future, aliens may unite us all under one flag.

In 800 years what will the world look like? And more importantly, will there be 195 different countries or just one earth entity?

Well, according to Reddit user thefrek, in the year 2812 the entire solar system and its inhabitants (including aliens) will all exist under one minimalistic-looking flag.

Thefrek posted his 11 different earth flags (one for each couple hundred years or so), three different martian flags, and flags for each of the planets on Reddit early Friday morning. They reached the front-page and the top of r/vexillology, a flag enthusiast sub-group. The monochromatic flags are simple, containing only lines and chunky shapes.

The Reddit post collected more than 2,100 comments from people discussing the galaxy, the planets, and the future of the human race.

“Mankind will never unite unless we find aliens to point our hate and aggression at instead of each other.”