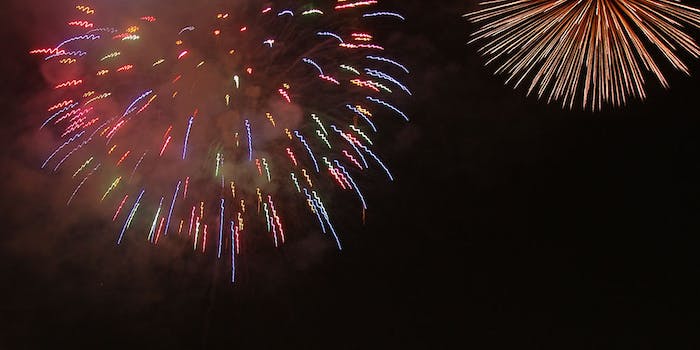 The firework is a pyrotechnic marvel that has continued to light up more than just the nights sky years after it exploded.

The firework allegedly cost $1,500, was 48 inches in diameter, and contained enough gunpowder to take out a small platoon.

In Japanese it is called Yonshakudama and was produced by Honda Masanori’s Katakai Fireworks Co. in Niigata, Japan.

The firework is a pyrotechnic marvel that has continued to light up more than just the night sky years after it exploded.

Images of Yonshakudama are a regular feature on Reddit where the following GIF of it put redditors in the mood for the upcoming July Fourth celebrations.

The following video shows Yonshakudama getting loaded into its massive launching tube.

For more photos of the process used to make the firework, visit tonymcnicol.photoshelter.com.

The following is a GIF remix of Yonshakudama redditor MaliciousHH created for the dog lover in all of us.

Photo by raichovak/Flickr (CC By ND 2.0)