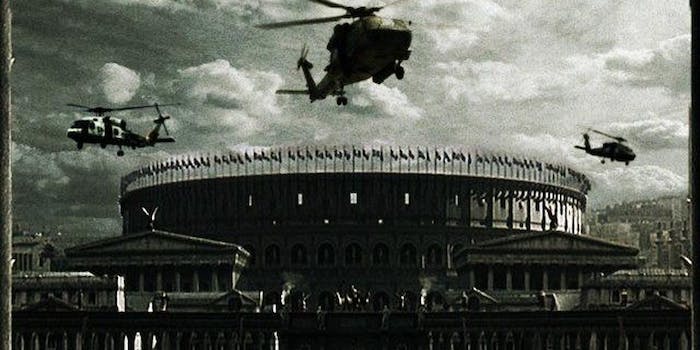 The odds of successfully navigating a path which begins with Reddit comments and ends in Hollywood are astronomical. Could a Reddit comment thread be one man's miracle Hollywood moment?

Now, they’re working together to write a screenplay.

“It’s a huge opportunity,” Prufrock451, whose real name is James Erwin, wrote on Reddit. “And it’s one I wouldn’t have received (or dreamed of) without Reddit’s support.”

Last week, in a series of breathless comments on the site, Erwin chronicled the adventures of a US marine expeditionary unit mysteriously teleported back in time to ancient Rome.

Those comments became a huge hit on Reddit, spawning their own subsection (with 8,000 susbcribers), a story title (Rome Sweet Rome), and a Facebook page. This sudden legion of fans immediately set about creating custom movie posters, soundtracks, and artwork. All in one week.

Erwin, 37, a technical writer from Des Moines, wrote the story story as a reply to this question on the site’s AskReddit section: “Could I destroy the entire Roman Empire during the reign of Augustus if I traveled back in time with a modern U.S. Marine infantry battalion or MEU?”

“I was thinking that maybe a couple hundred people would take a few seconds to say ‘That was fun’ or even just vote on the comment,” Erwin told the Daily Dot, “That would have been great. Like nailing a set at a big open-mic night or something. I never would have expected a response like the one I got.”

That outpouring of adoration from redditors has kept Erwin “insanely busy” over the past week.

“Things are just now starting to die down to the point where I can function past the bare minimum required of a husband, father, and employee on top of all this Intertube foofaraw,” Erwin wrote.

Only a week old, the project is still in its infancy. But we’ll be following the film’s progress closely.