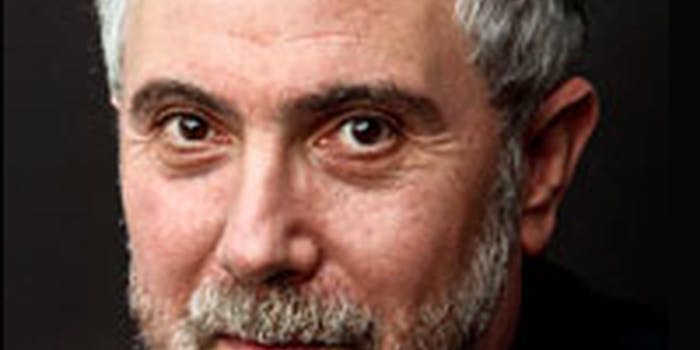 It was a week of insider knowledge on the site's live interview section, from the New York Times's Krugman to Vice magazine cofounder Shane Smith.

Paul Krugman, the Nobel Prize-winning New York Times economics columnist and Princeton professor, is generally considered a smart man. Though the Times is said to operate on a 10th grade reading level, Krugman clearly doesn’t abide by those standards—many of his answers in his top-ranking Reddit AMA this week were steeped in economics terminology.

Take this comment, for instance, which got 180 upvotes: “I don’t share the view that there’s some fundamental reason why NGDP is better than other ways to make the Fed take its dual mandate seriously; price level targeting, or just a symmetric treatment of unemployment and inflation, could be better in principle.”

That was the main theme of the week’s top IAmAs—insider knowledge. The founders of a torrent index, of edgy Vice Magazine, an arborist at the Capitol Building in Washington D.C. and a freemason who once met Gandhi all stopped by Reddit to spill the beans.

Q. Why do you advocate such aggressive policies by the fed to increase inflation? You even went so far as to say Ben Bernanke not doing so is being “reckless.” (justarunner)

A. What we want is “appropriately” low rates — which in this case means negative in real terms. Excessively low rates can cause problems, but we’re nowhere near there right now.

2) I am Gary Fung/IH, founder programmer of isoHunt.com, legal target practice of Hollywood and the Canadian recording industry – AMAA

A. Both. I’m not for their antics for utter disregard of copyright (http://static.thepiratebay.se/dreamworks_response.txt), we follow the DMCA. But I respect much of the policies of the Pirate Parties, and their recent book advocating shortening of copyright terms and sane copyright law reform, but not abolishment.

3) I am Shane Smith, co-founder of VICE (magazine) and two-time traveler to North Korea. AMA.

Q. Please let us know of anything that was cut out of [The VICE documentary on Liberia] episode for being too extreme to show (patton66)

A. They should,the days of old news are numbered. Their audience is aging and their budgets are continually slashed. News Programs have all become partisan sounding boards and are mired in politics and rhetoric. The future of news is online.

Q. : 1) A lot of people say that Lana del Rey was/ is the worst performance in SNL history. Do you agree? 2) What was the aftermath/reaction backstage when the Ashley Simpson Lip-Sync tape screw up? And, How did it happen? (amburton08)

A. No, the Ashley Simpson thing was actually the worst thing. I had never seen anything like it. I don’t know if it was the WORST but it definitely wasn’t on the high end… worst is pretty big. 2) Her drummer triggered the wrong track, a lot of the acts that come on SNL play along to a track… that’s how it happened. The aftermath/reaction was pure disbelief. I understand that the drummer was her boyfriend… so who knows where they are today.

5) I Am Flux Pavilion, Im lucky enough to write and play music for a living. AMA

Q. he said in an interview that he was asked by someone if they could use it for a video. he accepted and didn’t think much about it. one day he saw this kony video and was pretty surprised.  (youseen)

A. yer thats pretty much the jist of it. I know the video has since got some pretty crazy press, but i still think fundamentally it was for a good cause, and thats all i care about. I met one of the guys from invisible children in LA the other week. He struck me as a really honest guy and didnt give me any reason to doubt their work and what they do (even though i was shamefully dubious initially) what i was most interested in was how, what is essentially a charity can generate swathes of hatred from a promotional video.

6) IAmA tree climber for the the Capitol building! (Just got my dream job!!)

Q. Is there any specific tree that’s really hard to climb? One that’s too easy? One that has any weird quirks? AnEpicPerson

A. I love climbing white oaks! the wood is super strong so I can tie into small wood (3″ diameter is as small as I will tie into)
The ABSOLUTE WORST is American Elm. -They have a VERY vase like shape..or V shape. So Ideally I will tie into the highest most central branch in the tree. This allows me to move around very easily if my rope is in the high center. but Elms dont have a central leader..most limbs go up, then grow horizontal..huge pain the butt and the larger limbs always always grow tons of moss. They are very slippery. I have slipped and got thrown into the trunk more then a few times.. obviously i was tied into my rope and didn’t fall out of the tree because I was tied in..but fell to where the rope was pulling me.

7) IAMA 90 y/o Freemason who served in WW2 in India and Burma who has met Ghandi. AMA

Q. In your brief meeting with Mahatma Ghandi, did you exchange any words with him? If so, what was said? (yoinkmasta107)

A. Meeting Mahatma Ghandi was one of the most impressive moments of moments of my life. He had what could be called a “presence”. Which made him ten foot tall. We talked in hindi, because he spoke in hindi first, granted that he probably spoke english better than I did. We talked about vegetable gardens for the soldiers, as it was necessary that any conversation with him should be non-political.
This was because he was against British rule of India and as a serving officer, I could not endulge in political conversation with him without being guilt of treason I suppose.