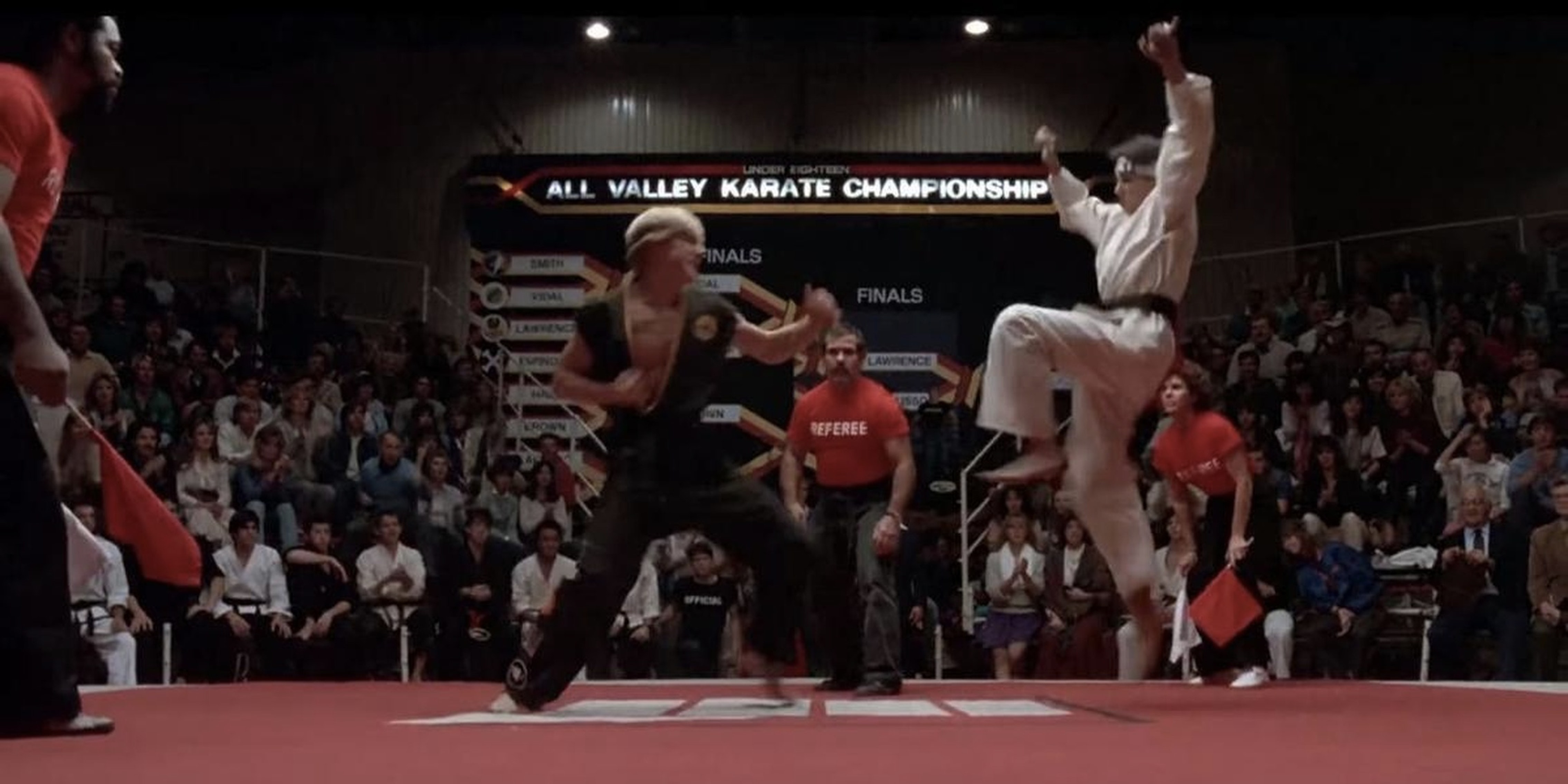 Maybe we were wrong after all these years...

If you think Daniel LaRusso was the hero of The Karate Kid, think again.

Many people remember The Karate Kid as the story of an underdog, Daniel, who moves to California from New Jersey and is immediately hazed by a crew of advanced karate experts. Rough around the edges, Daniel seeks the help of his building super, Mr. Miyagi, who teaches him to unlock the secrets of karate by waxing cars and painting fences.

But if you look a little closer, it turns out Johnny, the blond leader of the Cobra Kai with a dirt bike and homogenous posse, was completely innocent throughout the entire storyline. YouTuber J. Matthew Turner illustrates in grave detail exactly how this works.

It turns out Daniel was “a violent sociopath who moves to a California town and begins tormenting a local boy and his friends,” according to Turner. Indeed, you see that Daniel was always the first to escalate matters in encounters with the flawed hero “with a commitment to atone for past mistakes.”

This theory is strikingly similar to Barney Stinson’s (Neil Patrick Harris) centering of Johnny as the real Karate Kid on CBS’s How I Met Your Mother. In Stinson’s version, Johnny “learns an important lesson about gracefully accepting defeat” after being foiled by “the scrawny loser from New Jersey.”

Maybe we were wrong this entire time. What if Johnny is the true hero? Does that mean he gets to reclaim his trophy? What does Jaden Smith think about all this? Was Mr. Miyagi actually a figment of Daniel LaRusso’s demented mind? We may never know.