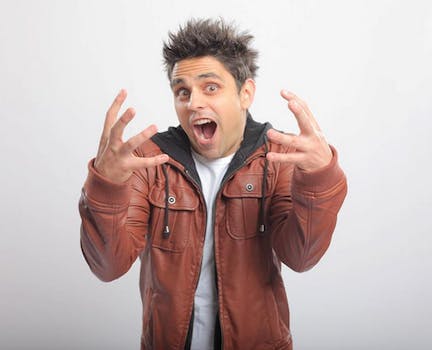 Popular YouTuber Ray William Johnson has broken his silence concerning his much-discussed October breakup with Maker Studios, writing in a New Media Rockstars post that “Maker Studios has pushed me to a point where I need to tell the truth about what happened.”

In the confession, Johnson—who runs the most-subscribed-to channel on the video-sharing site—detailed a series of contentions with Maker Studios’ CEO Danny Zappin, who Johnson says hid information about his checkered past until Johnson had signed his contract in 2010.

The big-haired entertainer also explained that the company, which operates out of Los Angeles, tried to restructure the two’s contract with eight months left on the original deal and offered a renegotiation that he deemed “incredibly aggressive.”

“They wanted 40 percent of my YouTube channel’s Adsense revenue after production costs, and more importantly, they wanted 50 percent of the show’s intellectual property in perpetuity.

“Let me clarify: they wanted to own 50 percent of the intellectual property of ‘Equals Three’ for the rest of eternity and weren’t offering much in return. I have it all in writing.”

That, in tandem with the company’s alleged response to Johnson’s refusal to restructure—Johnson says that Maker immediately shut down production on a musical album the two parties had been working on “for eight months” and shut down production on “Equals Three” a day later—led to his walking out on the company. That, as he writes, was followed by a “passive-aggressive PR statement” rooted in inaccuracies “to make me look bad.

“Interestingly enough, at the time I hadn’t experienced an overall decline in ‘Equals Three’ viewership,” as the company had claimed, he wrote. “In fact, I was receiving 5 to 6 million unique viewers per month when the entire maker Studios network was only receiving 21 million total unique viewers per month. The statistics are public and anyone can look them up. I also never had a ‘production staff of 12 people including a team of writers.’ These are simply false accusations designed to paint me in a poor light.”

Maker Studios did not respond to the Daily Dot’s request for comment, though Zappin did respond to Johnson’s tell-all, reportedly texting a message to him that read “You’re lack of integrity and character are sad. Fuck you. Prepare for war… bitch.”

Johnson has since temporarily taken his “Equals Three” program to director Julian Smith’s Papertown studio and has plans to open up his own in short time. He announced those changes in a Nov. 27 video titled “Equals Three 2.0.”

“Here is ‘Equals Three’ the way I’ve always wanted it to look,” he said before leading into a comic book set that looks a lot like his old show.

The more things change, the more they tend to stay the same.