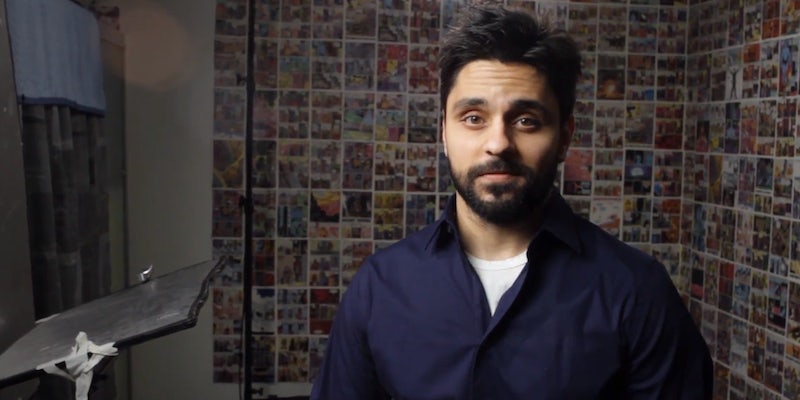 The YouTube star is leaving his popular show after five years and more than 400 episodes.

It’s the end of an Internet era.

After more than five years of commenting on viral videos, Ray William Johnson, who once had the most popular channel on YouTube, is calling it quits with webseries “=3.”

He explained his reason for ending the show, which still gets millions of views per video, to his loyal subscribers in one last 14-minute post.

“This show isn’t fulfilling me creatively anymore, and I have to move on,” he explained. “I mean, really, the only satisfaction I get doing this these days is that I get to entertain and interact with you, which by the way, has been an incredible experience.”

Johnson first announced that he wanted to quit “=3” last December, but he didn’t reveal the final end date until Sunday. He told his audience that he had outgrown writing jokes about viral videos and making “=3” “no longer feels gratifying.”

After 5 years and 400 something episodes, it finally comes to an end. pic.twitter.com/6aLrXqpoSn

Johnson had his own slew of problems with “=3” over the past couple years. After parting ways with Maker Studios in October 2012, he filed a lawsuit against the company for not returning ownership of his channel’s AdSense account.

Johnson is already working on other projects. He runs a successful podcast that’s “in the top 10 percent,” has run other popular web series and music ventures, is getting a graphic novel published later this year. He also sold a show to FX that may make it to TV.

However, “=3” itself isn’t ending. That was Johnson’s original plan, but after getting pushback from his fans, he’s planning to shut down the show long enough to find a new host, producer, and writer—jobs he did himself.

Johnson may be leaving, but the show must go on.