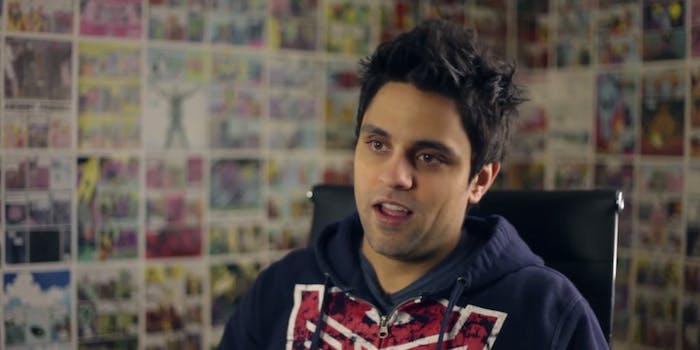 Ray William Johnson is getting his chance at the big screen.

Just two months after he stepped down from his popular webseries =3, the YouTube star landed his first major role in a live-action film alongside Breaking Bad’s RJ Mitte and Bates Motel’s Paloma Kwiatkowski.

Johnson, Mitte, and Kwiatkowski are set to star in Who’s Driving Doug, an indie movie about a reclusive, wheelchair-bound man who takes a roadtrip with his new driver.

“We are so excited to have cast these passionate performers to bring this honest and gritty story to life,” the film’s producers said in a statement.

The film’s screenwriter, Michael Carnick, uses a wheelchair due to a rare disorder and has written about disability awareness before. Not much else is known about the film.

The move falls in line with Johnson’s plans that he discussed to more than 10 million subscribers in his final episode of =3. In it, he spoke about venturing into other mediums. He already runs a podcast and dabbled in other webseries and had a small role in Jay & Silent Bob’s Super Groovy Cartoon Movie.