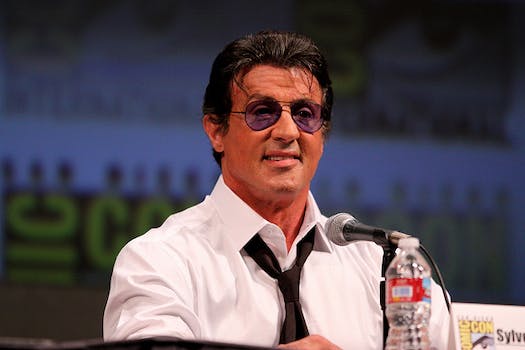 The fifth installment will feature Stallone drawing some more blood.

Sylvester Stallone is dusting off his M60 machine gun in preparation for a fifth Rambo film, titled Rambo: Last Blood.

The Rambo series follows Vietnam vet John Rambo as he struggles with the loss of the members of his unit. The first installment of the series, First Blood, was released in 1982. It has since become a cult classic and source of famous quotes like, “They drew first blood.”

The first film was created on a $14 million budget and raked in $125 million in total sales, according to the Internet Movie Database. The most recent installment in the series, Rambo, was released in 2008. It cost $50 million to produce and ultimately made $113 million in sales despite getting panned by critics.

Stallone, who is now 68, dropped the name of the upcoming film on Dec. 28.

Stallone has written the script for the film and will direct, according to the Hollywood Reporter. The plot and release date of the movie are unknown at this time.

The Twitter account @moviesnowtv has put together the following collage of Stallone playing Rambo over the years.