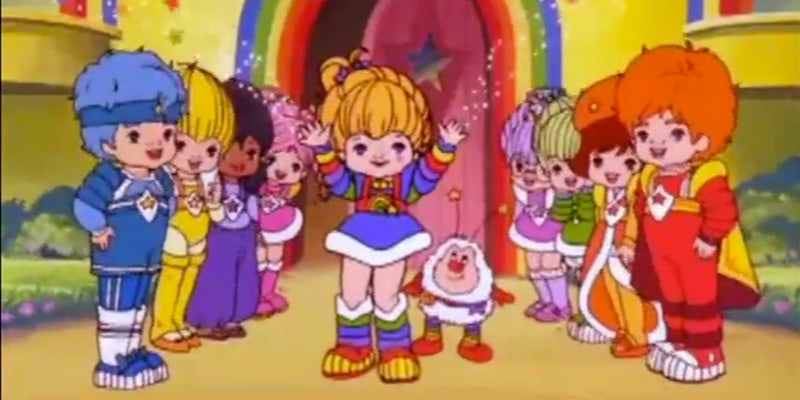 ‘Rainbow Brite’ is getting a reboot

The beloved '80s show has a voice actress and a first episode title.

There’s already revivals of Sailor Moon, The Magic School Bus, Power Rangers, and a live-action version of Jem and the Holograms for us to look forward to. Now we need to make room for one more reboot from our childhoods.

A new version of Rainbow Brite is on its way, and the news came from none other than the new Rainbow Brite herself, Emily Osment, who’s best known for portraying Miley Cyrus’s best friend in Hannah Montana.

She posted a picture of the first script to Twitter over the weekend, which also revealed the name of the first episode from Rachel Vine, “Cloudy With A Chance of Gloom.”

First day on the job! Very stoked to be back doing some animation this summer. See you soon! Love,… https://t.co/NZRJSfbhUx

There’s no word on the other cast members or what the show will ultimately entail. First created in 1983 by Hallmark, the original series lasted from 1984 to 1986, spanning 13 episodes and a feature-length movie. An attempt to reboot the show in the ’90s didn’t pan out.