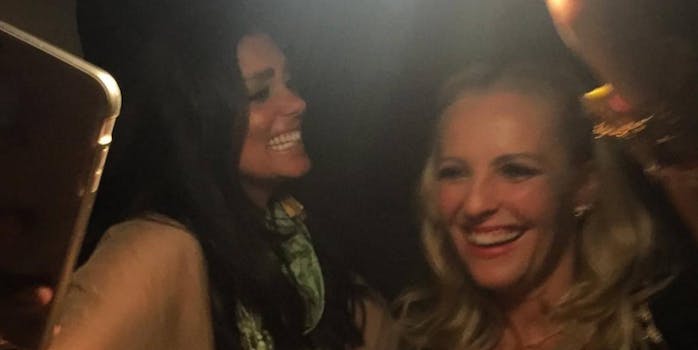 Beyoncé fans are already speculating about the identity of "Becky," the side chick in Beyoncé's new album.

Beyoncé‘s new visual album Lemonade exploded onto HBO and Tidal on Saturday night, obliterating the rest of pop culture and leaving us with two burning questions. First of all, how is Beyoncé so consistently awesome? And, secondly, who the hell is Becky?

On the song “Sorry,” Beyoncé refers to “Becky with the good hair,” her husband’s side chick. Twitter immediately blew up with speculation about who Becky might be in real life—or indeed if Becky is actually a real person. Because, while it’s always fun to speculate about the personal lives of celebrities, not every song has to draw directly from real life.

Of course, it goes without saying that the Beygency has already singled out a solid lead on the “Becky” case, care of Rachel Roy’s Instagram.

Shortly following Roy’s suspect selfie, the Beyhive inundated the Instagram post with comments, including bee and lemon emojis. It appears that she locked her account on Sunday morning.

A few hours later, Roy tweeted about the harassment that may have prompted her to make her Instagram account private.

The fashion designer has long been linked with Jay Z, and was rumored to be the source of the Jay Z-Solange elevator altercation at the Met Gala in 2014. And on Saturday night, right in the thick of Becky-related speculation, Roy posted a photo with the caption, “Good hair don’t care, but we will take good lighting, for selfies, or self truths, always. live in the light #nodramaqueens.”

Given the context, this strongly implies that Rachel Roy is indeed Becky. Beyoncé fans certainly seem convinced, anyway. As of Sunday morning, Roy’s Wikipedia entry had been edited to list her occupation as “Becky with the good hair.”

Wikipedia is hilarious. How they throwing shade at Rachel Roy already? pic.twitter.com/QDKt57V8xi

Update 12:02pm CT, Apr. 24: This piece has been updated to include a response from Rachel Roy.