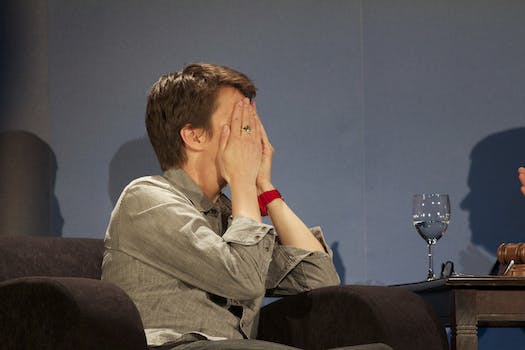 Here's a sign of just how big a deal Reddit's question-and-answer section r/IAmA has become.

Here’s a sign of just how big a deal Reddit’s question-and-answer section r/IAmA has become: Celebrities aren’t just taking big chunks of their day to sit down and answer questions, they’re making statements to the media when things go horribly wrong.

During her recent foray on Reddit, MSNBC star Rachel Maddow answered questions about her favorite smell (“Clean river, spring day,” she responded) and that ubiquitous and obnoxious Reddit staple: “Would you rather fight 100 duck-sized horses or one horse-sized duck?” (Maddow chose the single horse-sized duck, if you care). Meanwhile, she ignored the tough questions. Why didn’t MSNBC cover the Bradley Manning trial? What’s the single worst offense committed by the Obama administration? Shouldn’t progressive Democrats have supported Rand Paul’s filibuster over the the administration’s drone policies?

Redditors wanted those questions answered more than any others. They voted them to the top of the thread—along with one other comment, when it was clear Maddow wouldn’t touch the tough questions. “This AMA is a bust,” redditor Chafuter declared.

An AMA isn’t a traditional press event—celebrities don’t control the conversation at all, redditors do. You get exposure on one of the most popular websites in the world, they get to ask you anything. Comments are voted up democratically, so when you ignore top questions you’re pretty much abandoning your part of the bargain.

The bar for celebrity screw-ups on Reddit has been set very high. In a now legendary appearance, Woody Harrelson tried to divert every question to a discussion of his latest film, Rampart. The Reddit backlash was rabidly furious, and Harrelson soon found himself the unwilling star of his own image meme (“Does AMA, Dies,” read one). The response from Harrelson’s media team was equally confused, in the sense that it was nonexistent.

On Monday, an MSNBC’s representative sent a statement to Talking Points Memo defending their anchor’s performance on Reddit: “Rachel addressed a variety of topics from the Reddit community—including the war in Afghanistan, Ron and Rand Paul, government spending, gun regulation, her editorial process, media bias, conflicts within the Democratic party, and partisan gridlock,” the spokesperson said.

That’s slightly better than the Harrelson response. But if MSNBC actually wants to address Reddit’s anger about Maddow’s AMA, they should probably post a statement to, you know, Reddit.