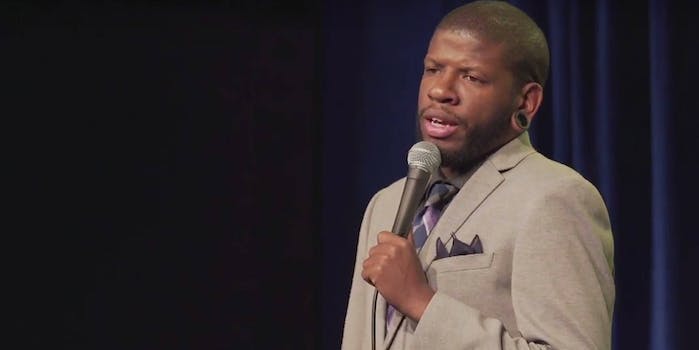 From Kickstarter to HBO, it's been one wild ride.

When a Kickstarter was launched in February to fund comedian Quincy Jones‘s dying wish, he couldn’t have foreseen that three months later, he’d be on HBO.

It’s been a wild ride for the L.A. comedian, who was diagnosed with stage IV mesothelioma last summer. The Kickstarter to fund the special, launched by his friend and fellow comedian Nicole Blaine, blew past its modest goal. Then there was his appearance on The Ellen DeGeneres Show, when the host revealed to Jones that HBO would air his special. On Sunday, HBO offered a teaser for Burning the Light.

The trailer goes deeper into Jones’s goal for the special: When you’re a comedian performing on stage and it’s time to wrap up your set, you get a light. Jones paralleled that with his cancer prognosis, which initially gave him a year to live. “Burning the Light is seeing the light, acknowledging it, and ignoring it, and going further,” he says.

Back in March, Jones was of a similar mindset. He told the Daily Dot: “The doctors could give you a prognosis, but it’s up to you if you want to accept it.” Last week, Jones shared on Facebook that he’s eligible for a surgery to debulk his cancer.

The special is set to debut June 2.