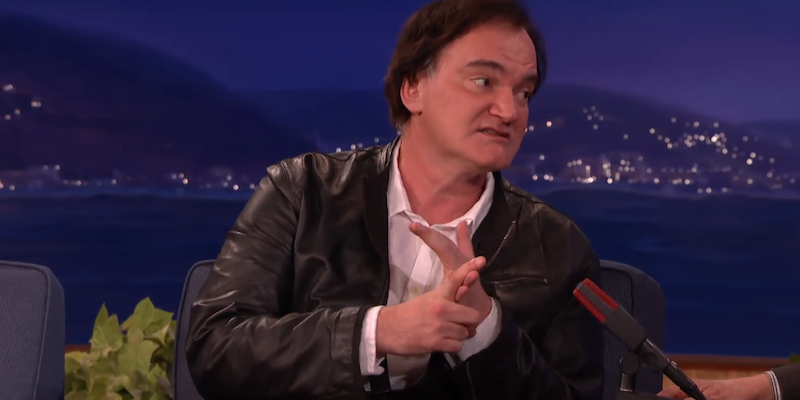 Quentin Tarantino’s next film is reportedly about Charles Manson

Jennifer Lawrence and Brad Pitt have reportedly been approached.

Quentin Tarantino‘s taking on true crime: His next project will be about Charles Manson.

The Hollywood Reporter has details on the director’s new film, which follows up 2015’s The Hateful Eight. Tarantino wrote the script and will direct, and Brad Pitt and Jennifer Lawrence are among the names of actors who have reportedly been approached for roles. Margot Robbie is also rumored.

There are no solid details on plot or title, but the Tate-LaBianca murders, committed by Charles Manson’s followers in August 1969, will be part of the film. Actress Sharon Tate was eight-and-a-half months pregnant at the time of the murder, and the scene, as detailed in the book Helter Skelter, was particularly horrific.

Manson was sentenced to death in 1971 for his role in the murders but was later given a life sentence.

While this is the first time Tarantino is tackling true crime, he probably won’t end up making a straightforward biopic. His films are hyperviolent and often hinge on revenge; considering the protagonists of Inglourious Basterds and Kill Bill, Tate might figure in another way. The report also infers that the Tate-LaBianca murders are just one of several Manson-related stories. With the success of the American Crime Story series, maybe Tarantino should just do a TV show for Netflix already.

The film will begin production in 2018.