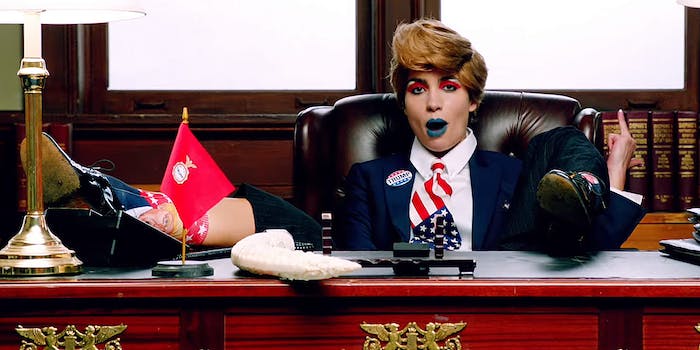 Pussy Riot has announced its first U.S. tour., kicking off in Chicago this March.

In 2012, two members of Pussy Riot, Nadya Tolokonnikova and Maria Alyokhina, were sentenced to two years in prison for a live performance at Moscow’s Cathedral of Christ the Savior. They were charged with “hooliganism” for their anti-Putin “punk prayer,” and the name Pussy Riot spread far and why as a result.

Dates are already selling out, and more are sure to be added. Check them out here.