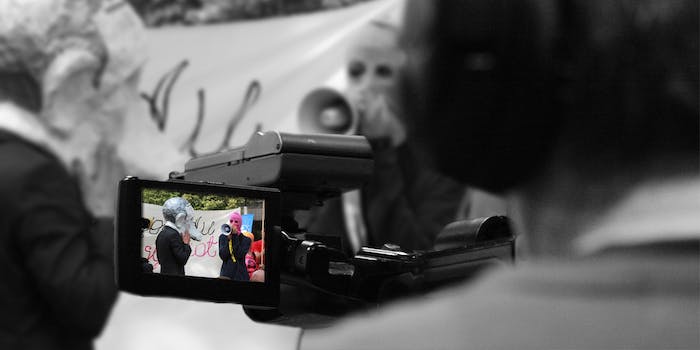 The site aims to “break through the information blockade.”

Just a month after it was announced they’ll be guest starring on House of Cards, two members of Russia’s Pussy Riot have launched their own independent news site.

Maria Alyokhina and Nadezhda Tolokonnikova—who were jailed in 2012 after participating in an act of “hooliganism” in a Russian cathedral, and spent nearly two years in jail—debuted MediaZona in an effort to report on many of the topics Russian journalists aren’t allowed to cover or critique, such as law enforcement, human rights, and prison abuses.

Alyokhina and Tolokonnikova will be contributing writers, and political journalist Sergey Smirnov will act as editor-in-chief. In a statement, they explained the need for MediaZona:

“Since our release from prison six months ago we’ve felt that Russian media are no longer able to cover what is going on. Because of the heavy censorship by authorities there is no space for anything in the media that criticizes Putin’s policies and tracks human rights abuses by Russian courts and law enforcement. Courts, prisons, arrests, convictions, riots in facilities, political criminal cases, crimes by law enforcement officials — our new media outlet will try to cover it all.”

On Facebook, Tolokonnikova broke down exactly why MediaZona is important and what it will cover, and explained that they aim to “break through the information blockade.”

Currently, MediaZona’s front page hosts several articles relating to prison abuse. The publication, which appears to be online-only as of now, is also working with Zona Prava, a prison rights charity the two women set up after their release. This also serves as a reminder that the women are currently suing the Russian government for violating their human rights while imprisoned.