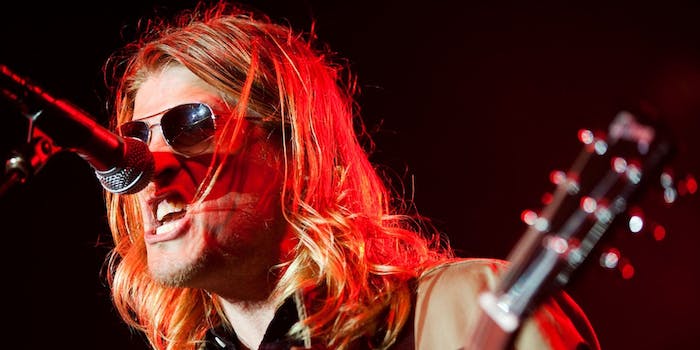 This video is a major bummer.

Last month, Puddle of Mudd frontman Wes Scantlin was arrested in front of his former house and charged with vandalism and trespassing. As seen in a TMZ video taken of Scantlin as he was being arrested at the Los Angeles home which he lost to foreclosure in 2015, the singer tried to plead with the police that it was actually his house.

Last Saturday while playing a show with Puddle of Mudd at the Adelphia Music Hall in Marietta, Ohio, Scantlin halted in the middle of a song and accused an audience member of being the one who stole his house.

And thus the show ended, forcing the concert venue to write this.

The band hasn’t commented on social media. But its next gig is in Kingsburg, California, on Friday night. A word of advice: If you are actually living in Scantlin’s old house, it’s probably a good idea not to attend.