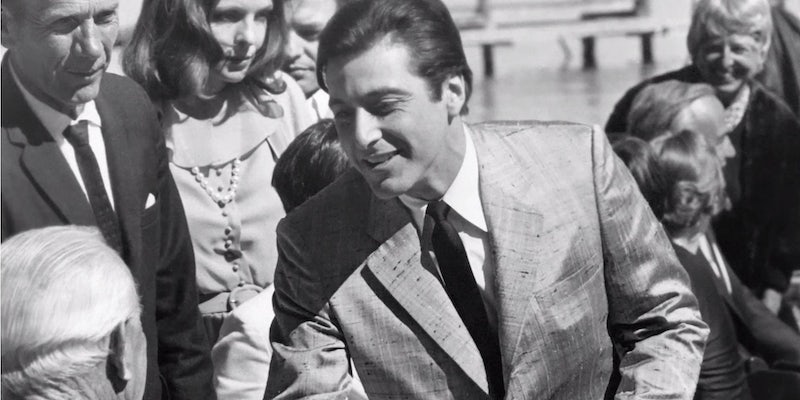 ‘Psych of a Psycho’ diagnoses our favorite Hollywood villains

It's not personal. It's just business.

You can’t help but be intrigued by psychopaths, especially the disorder’s poster boys. Whether it’s irony-free kids dressing as Patrick Bateman for Halloween or Jack the Ripper―who to this day is still bothering residents of East London (psychopathic or not, he/she can’t have felt too badly about their wicked deeds), there is an ever-present curiosity about those who don’t feel guilt when they do something wrong.

So Vanity Fair’s new six-part webseries Psych of a Psycho makes complete sense. By drafting in 20-year FBI agent Candice Delong (who worked on the Unabomber case), we get to see our favorite film and TV characters―including Michael Corleone, Walter White, Joffrey Baratheon, and Frank Underwood―retrospectively assessed as being psychopathic. And therefore, to those that way inclined, even more appealing.

It’s hardly scientific: The way in which Delong picks up on just a couple of moments in Corleone’s life has been dictated by time constraints but is also frustrating in its superficiality. It is of a similar ilk to those who continually profess James Bond’s psychopathy while conveniently overlooking contrasting traits.

And it also seems irresponsible. Even the most famous diagnostic test for the disorder, Robert Hare’s 20-point inventory of perceived personality traits and behaviors (the “Psychopathy Checklist-Revised“) has been criticized for being over-simplistic and reductionistic. Delong’s labeling of Corleone―substantially on the back of his murder of Sollozzo and McCluskey, men who had tried to kill his father―is short in contemplation of even Hare’s broad bullet-points and trades in the Internet age’s dangerous trend of self-diagnoses and lazy categorization concerning mental conditions.

But it’s going to interest some, nonetheless. Mindy Kaling, in a different video from Vanity Fair in which she praises the “most cinematic” of serial killers Jack the Ripper for his disembowelings (something “that people are not doing any more”), outlines one attraction nicely: “I’m just a woman who is fascinated by them [serial killers], because I’m scared of them… though chilling, they tend to be handsome.”