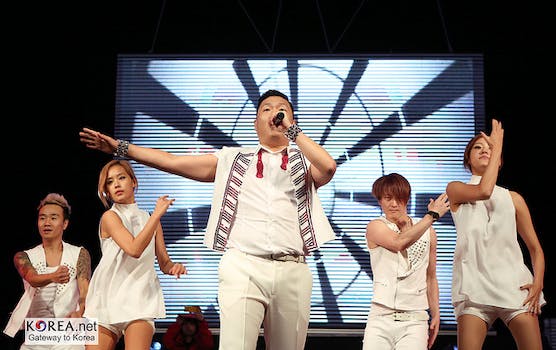 Korean phenomenon Psy will be hanging up his imaginary horse saddle in 2013.

The rapper/pop-star, whose ubiquitous song “Gangnam Style” plucked him from relative obscurity and made him a viral sensation, announced in an MTV interview that he plans to retire the song after he performs it in front of a large crowd in New York City’s Times Square during tonight’s ABC broadcast of “Dick Clark’s New Year’s Rockin’ Eve 2012.”

“Being in Times Square on New Year’s Eve is already special — it’s the biggest stage in the universe — plus it’s my birthday, so, with all that, it may be the ending of ‘Gangnam Style,'” Psy announced. “I mean, what better way to do it? It’s my biggest and most meaningful birthday.”

“The song became too popular, and so you start to have some concern about its life period,” Psy continued.

“Too popular” is likely the understatement of 2012. Since premiering on July 15, the song has amassed more than 1 billion views on YouTube, the first and only video to reach that milestone. The song also set a Guinness World record for being the most liked video on the video sharing platform.

“Gangnam Style” also inspired countless parodies and tributes, clever mashups, and a vodka. It has even claimed the life of at least one individual, something not even “La Macarena” can lay claim to.

For those worried that Psy retiring his famous pony dance will mark the end of the Korean pop star, you can rest easy knowing that he’s already working on a followup, which will be likely be recorded in English.

He’s also planning on busting out some unknown moves. “I’m going to make some new songs with my old moves,” he announced. “No animals anymore.”