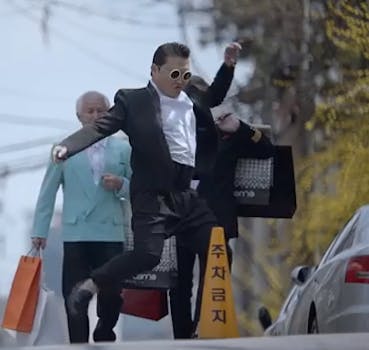 Those looking to avoid hearing Psy's new, terrible "Gentleman" any more times than they already have should consider moving to the celebrated YouTube sensation's native country South Korea.

Those looking to avoid hearing Psy’s new, terrible “Gentleman” any more times than they already have should consider moving to the celebrated YouTube sensation’s native country South Korea.

According to an Associated Press report, one major broadcasting network within the Asian nation has banned the K-pop singer’s newest video from all of its broadcasting channels because Psy kicks a state-owned parking cone in the opening sequence.

That’s destruction of property, something that state-funded KBS said Thursday does not meet its standards as a public broadcast. Two spokesman within the company told the AP that the network has banned videos for similar reasons in the past.

The banning is a pain in the neck for the hugely popular K-pop sensation, but not altogether damning. Released onto YouTube Saturday, “Gentleman” already has more than 150 million views and more than 1.3 million likes, neither of which I personally think are that deserved.