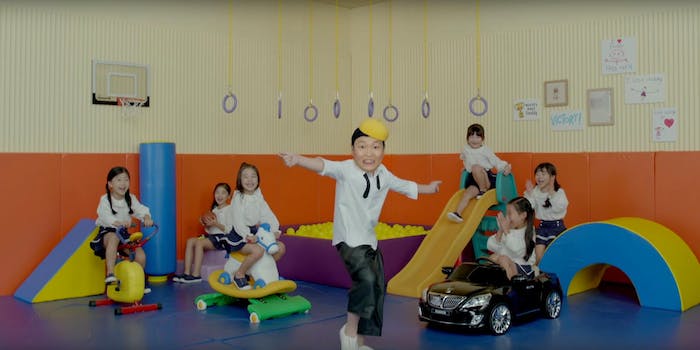 It's no 'Gangnam Style.' But it's close.

You might have forgotten about “Gangnam Style,” but the South Korean rapper behind the viral hit of 2012 is still going wrong.

Psy‘s latest “Daddy” is basically four minutes of the ETrade baby facial effects, and we can’t look away.

“Gangnam Style” is the most-viewed YouTube video of all time. Even though nothing he’s produced since then has quite been able to replicate the first video’s success, the enormous audience he’s built on the platform guarantees his work will reach a ton of eyes whether it goes viral or not. His 2013 followup single, “Gentleman,” didn’t transcend into memedom the way “Gangnam Style” did, but it’s still the 18th most-watched YouTube video of all time.