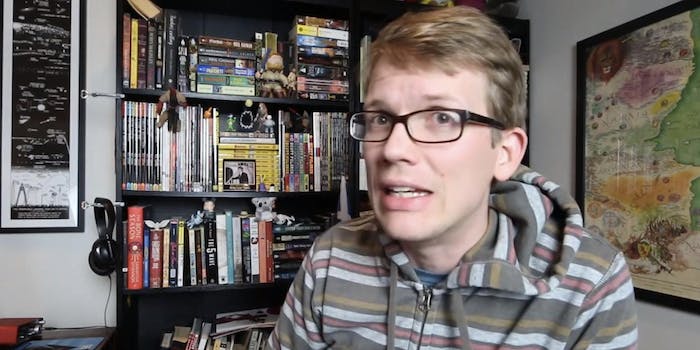 Fans can help smash a record and own a calendar filled with adorable baby photos of YouTubers all at the same time.

Once a year YouTube comes together on behalf of the Foundation to Decrease World Suck to raise money for a variety of nonprofits just in time for the holidays. It’s the Project for Awesome, and it’s, well, awesome.

Last year, the project, founded by brothers Hank and John Green, raised more than $700,000 for charity, and this year the group has set a $1 million goal. To achieve that, they’ve kicked off the Indiegogo portion of the event early, with $29,000 already raised.

Fan can already purchase perks on the Indiegogo page that include a signed copy of the mockup An Imperial Affliction book John Green made for the The Fault in Our Stars film shoot, original art from Minute Physics, and a “YouTuber Early Years” calendar, featuring childhood pictures of YouTube stars. The corresponding livestream kicks off Dec. 12 and features videos made by prominent YouTubers about their pet charities.

“The Project for Awesome is more evidence that online communities are real communities and they come together to make real change,” said Hank Green in a press release, “To date, we’ve raised over $1 million for charities all around the world and our goal is to go above and beyond that figure this year through another successful fundraiser on Indiegogo.”