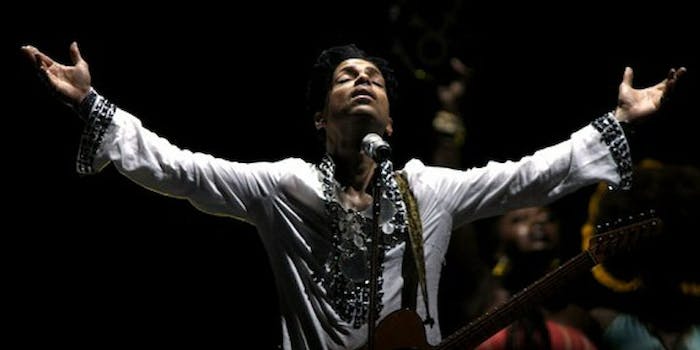 Radiohead gave its blessing to this epic ‘Creep’ cover by Prince

After 7 years, you can finally watch the performance.

It looks like Prince is finally okay with us watching his 2008 Coachella performance of Radiohead‘s “Creep” on YouTube!

The saga started in 2008, when YouTuber Miles Hartl uploaded a video he’d taken of the performance to his channel. Hours later, the clip was taken down and replaced with a message from Prince’s label, NPG records, claiming copyright violation.

Considering the song wasn’t Prince’s or NPG’s to begin with, Radiohead frontman Thom Yorke was confused by the entire situation.

When asked about it in a 2008 interview, Yorke had this to say:

Really? He’s blocked it? Surely we should block it. Hang on a moment. Well, tell him to unblock it. It’s our… song.

Despite getting the band’s approval, Prince still held out on reinstating the video. That is, until this week.

Monday, after seven years of silence on the issue (and seemingly out of the blue), the rocker tweeted a link to Hartl’s original video, live and back in action.

Hartl has since updated the video’s description to Yorke’s quote, just to be safe.