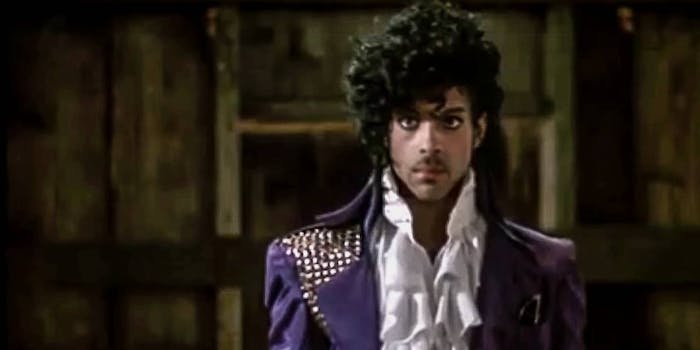 ‘Purple Rain’ returns to theaters in celebration of Prince’s life

Theaters around the country are participating.

Prince‘s Purple Rain is returning to theaters—and not just to independent art houses.

To celebrate Prince in the wake of his passing, AMC Theatres will show the semi-autobiographical film for five days at theaters in 28 states.

Anyone not near an AMC Theatre could try their hand at Carmike; that chain is also re-releasing Purple Rain in several states, including Iowa, Montana, and Oregon, where AMC theaters are not showing it.

If you’re looking to indulge in a less visual memorial, you can also stream Prince’s final concert in Atlanta through SoundCloud. The show features just Prince and his piano, truly distilling the greatness of the Purple One into minimalist beauty.