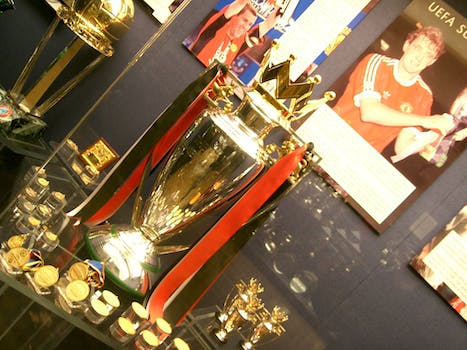 The new rules come after a month where several soccer stars made Twitter-related blunders.

With the start of the next soccer season less than a month away, the Barclays Premier League is taking a leaf out of the International League Committee’s book.

The Premier League announced yesterday that they’ve drawn up social media guidelines for all their players. Some of the clubs previously had social media rules put in place, but a League-wide set of guidelines is being introduced for the upcoming season after requests from several clubs.

The Premier League outlines some of the guidelines on its website, although a full list of dos and don’ts for players is not currently available.

The guidelines offer advice on how to to handle endorsements for brands, goods and services and stress that players should communicate positively and responsibly with their fans online.

“Social media is doing a good job of allowing fans to feel closer to the players,” Premier League Chief Executive Richard Scudamore said on the benefits of social media.

However, the guidelines state that players are forbidden from disclosing information about team selection, injuries or tactics on their social media accounts, and they warn players that disciplinary action can be taken again those who make inappropriate comments.

“Clearly it isn’t the same as texting your best mate or talking to someone in person,” Scudamore added.

These guidelines come after months of Twitter faux pas from Premier League players.

Earlier today, the Football Association charged Arsenal midfielder Emmanuel Frimpong with improper conduct when he tweeted a derogatory comment to a fan. Already this month, the Union of European Football Association warned Arsenal’s Jack Wilshere about a tweet where he joked about betting on a teammate to score, and Manchester United’s Rio Ferdinand was accused of using a racist term in a tweet about Chelsea’s Ashley Cole.

Although Cole has only been on Twitter since Jul. 22, he is already making headlines for taunting Arsenal fans by retweeting a photo that showed the number of trophies he won since leaving Arsenal for Chelsea.