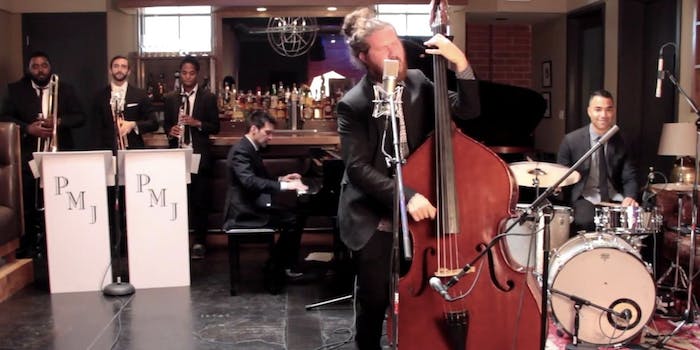 Cover maestros tackle Sam Smith's "I'm Not the Only One."

This isn’t Postmodern Jukebox’s first cover of a Sam Smith tune. The band also gave “Stay With Me” the Old Hollywood treatment in September. This turn at Smith also gives Postmodern Jukebox more mainstream attention, with the video premiering on Billboard, accompanied by an interview with PMJ mastermind Scott Bradlee, who discussed the magic PMJ formula.

“It’s really looking for contrasts,” he told Billboard. “That’s really what I want—when we’re at our best, we take a song that is envisioned one way, but then by changing the genre and instrumentation and everything and the arrangement, we reimagine it into something else.”

Postmodern Jukebox will release a holiday album next month, as well as embark on an international tour in the new year.