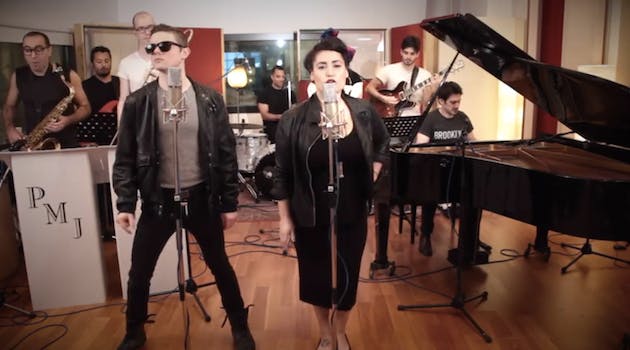 Taylor Swift’s ‘Style’ gets the 1950s cover it deserved

They've got that red lip classic thing that we like.

The YouTube sensations of Postmodern Jukebox have had success before with a Taylor Swift cover, so they turned to her hit “Style” for their latest vintage-style cover.

This time around the group drew inspiration from “1959 Grease style” for their cover, with Annie Goodchild and Von Smith fronting the group.

We are required to report there’s no tambourine guy in this video.