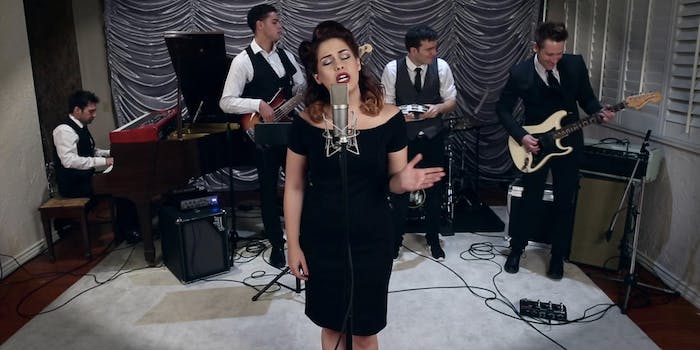 We never want to say 'Bye Bye Bye' to PMJ.

Paying homage to NSYNC is all the rage this week.

The track features Tara Louise on vocals in her debut PMJ performance. The group found her during a talent search it conducted via social media.

To help her in her first PMJ outing, the band also brought back some veteran talent. That’s right, our favorite tambourine guy, Tim Kubart—now a Grammy nominee for his kids music album—makes a boisterous appearance. He even brings in some new, NSYNC-inspired choreography and gets the rest of the band in on it.

If you’re hoping to catch a live version of this surf rock cover, Postmodern Jukebox are hitting the U.K. and Europe next on an international tour.