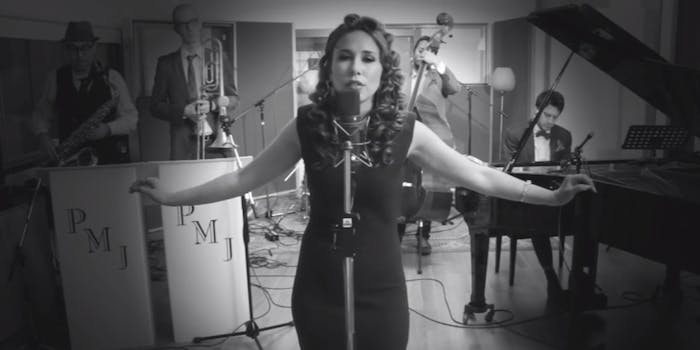 Postmodern Jukebox stokes your ’90s nostalgia with this Radiohead cover

The YouTube band enlists 'American Idol' singer for the cover.

The smooth, vintage stylings of YouTube‘s Postmodern Jukebox are back again, this time applied to a classic Radiohead track with the help of an American Idol alum.

Singer Haley Reinhart fronts the group for “Creep,” a cut the band covered previously on the channel. The new version is the one they performed on their recent European tour, and the band and fans loved it so much that PMJ took Reinhart into the studio in Zurich on an off-day.

The only downside to the new video is the lack of our favorite tambourine guy, Tim Kubart. Of course, “Creep” is a much more difficult song to work a tambourine solo into than “Joy To The World.”