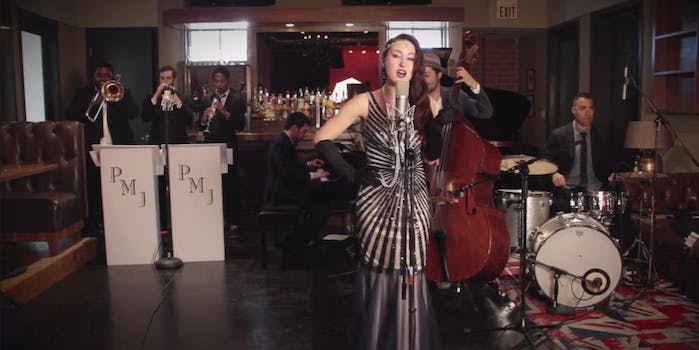 Weird Al, step aside. This is the only cover you'll wanna hear.

When it comes to genre-bending musical takes on modern pop hits, Postmodern Jukebox has the YouTube market cornered. From the band’s Motown riff on Taylor Swift’s “Shake It Off” to its bluegrass interpretation of Nicki Minaj’s “Anaconda,” these musicians have proved time and time again that they know how to turn the clock back on Top 40 tracks.

But forget reimagining what’s blowing up the Billboard charts, can these rhythmic wizards work their magic on a hit with a little age on it? To put themselves to the test these uber famous YouTubers decided to take on Coolio’s 1995 classic “Gangsta’s Paradise.”

With the help of vocalist Robyn Adele Anderson, the group managed to make the Compton, Calif., rapper’s hit sound like it originated in a 1920s Chicago speakeasy. Forget Crips and Bloods, this jazz take is all about Capone and bootlegging.