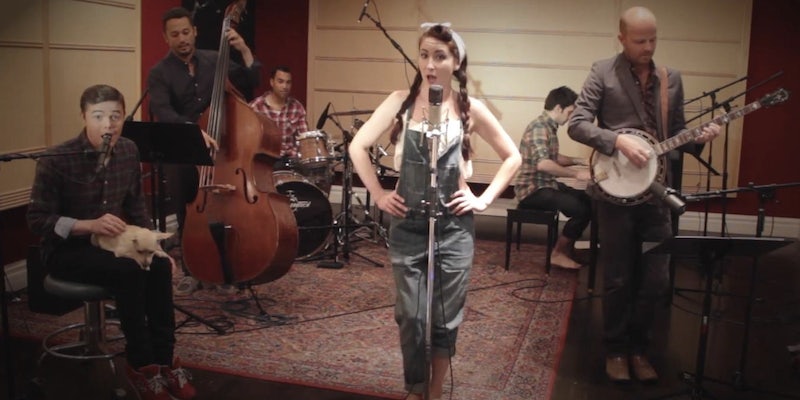 ‘Anaconda’ gets a bluegrass remix from Postmodern Jukebox

Oh my god, Becky, look at that banjo.

If you thought Nicki Minaj’s “Anaconda” was perfect except for a missing banjo, look no further than Postmodern Jukebox’s twangy take on the booty-popping hit.

This time around, Postmodern Jukebox goes bluegrass with the hit record and gives “Anaconda” an Appalachian makeover. That includes a few key lyric changes to fit the bluegrass feel, for example, “he growing crops like his name is Romaine” instead of the more NSFW original lyrics about salad. While our favorite tambourine guy may be absent for this video, there is an adorable puppy in the mix.


For lucky fans in Los Angeles, Postmodern Jukebox is doing a weekly residency at Hyde Sunset, where hopefully this and many of their other amazing covers will make an appearance. Otherwise you’ll have to catch them on tour this fall.