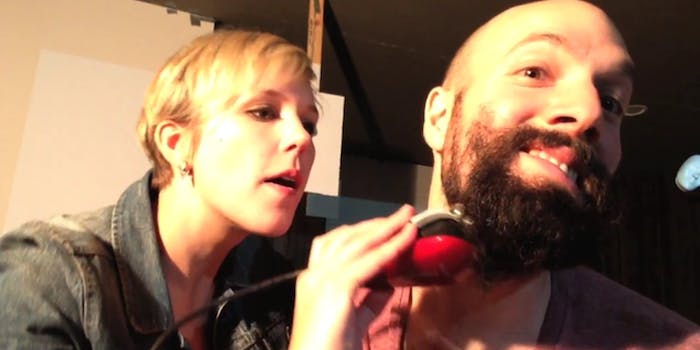 You might remember Pomplamoose from their excruciating 2010 holiday cover song campaign for Hyundai, but the California duo managed to take the Haterade from those commercials and dump it into a successful YouTube career. Their cover songs routinely get more than 1 million views on YouTube.

The duo’s latest homage is a mashup of Lorde’s insanely popular “Royals,” 2Pac’s “California Love,” and Beck’s “Loser.” According to the YouTube description, they didn’t use any samples from the original songs: The melody from “California Love” provides the foundation, Lorde’s words become the lyrics, and towards the end, Lorde and Beck try not to step on each other’s feet. The video “was filmed in one take, using only a single projector and pieces of white foam core.”

It’s actually a pretty seamless reinterpretation of a pop-culture trinity:

There’s also some real-time beard-shaving, possibly for Movember. Pomplamoose’s Jack Conte also set up a site where fans can donate for future videos. Just please say there won’t be any Hyundai commercials this year.