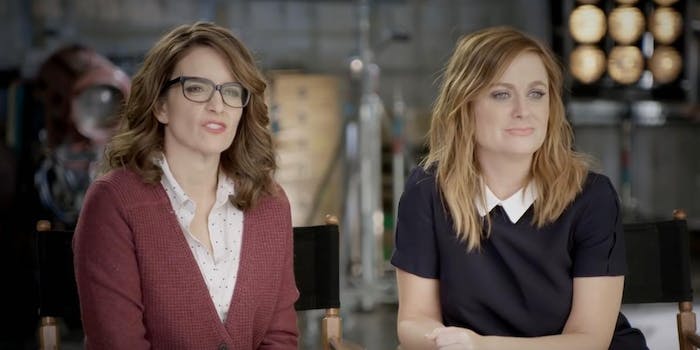 Will anyone make time for both movies?

Unless you are living under a rock, you know that Star Wars: The Force Awakens is out Dec. 18. Apparently, there are other movies coming out that day, and one of them is starring Amy Poehler and Tina Fey. Normally it would be a blockbuster—but, again, Star Wars.

In an attempt to trump up some business, the gals have released a video, aptly called “The Farce Awakens.” The video parodies Star Wars, and features cameos from Maya Rudolph and Bobby Moynihan.

The video is hilarious, and frankly a Poehler and Fey Star Wars movie would be incredible. But they should be banned from ever doing British accents again.

Poehler and Fey try to convince you that #YouCanSeeThemBoth, but, let’s be honest—we are giving all of our money to Star Wars.