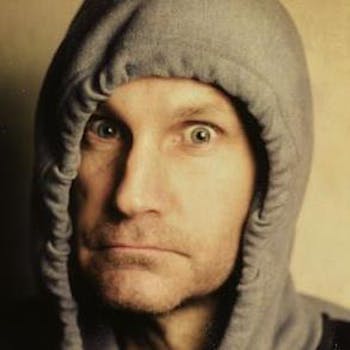 Six veteran podcasters discuss what  what they’ve learned from their months or years producing a show.

There’s never been a better time to start a podcast.

The resources to record, edit, host, and promote podcasts have never been more ubiquitous or more affordable, and the medium’s pop culture clout, visible in everything from festivals to TV shows, grows every year.

So it’s no surprise that despite the tens of thousands of podcasts already out there, a steady stream of newcomers are constantly entering the medium—or at least entertaining the thought of doing so. With that in mind, I’ve asked nearly every podcaster I’ve talked to what they’ve learned from their months or years producing a show.

This week, I’m sharing some of the advice I’ve gathered, from six hosts who have served as the subjects of previous installments of Podspotting. What they told me ranges from the practical to the poetic. So if you’re starting a podcast, take heed of these recommendations. After all, they’re all from hosts who have been there themselves.

My very first piece of advice would have to be: make it. If you’re thinking about doing it, what’s the worst that could happen? No one listens to it? That’s what’s happening right now! You’re not making anything, and no one’s listening to it.

The only way that you get better at making a podcast is making a podcast. And to help out with that, definitely set deadlines. Because that wiggle room you give yourself, and the excuses that you could come up with, can really derail you. There are so many things that can sap your attention and willingness to do a show. But if you promise yourself that this is something you’re going to do and something that you’re going to stick to, for the most part people can do it.

Also, if you’re thinking about doing anything creative, sometimes you just have to get over the doubt. Not everybody’s going to like the show, or whatever else it is that you create. But you really need to stretch yourself and find out what you’re capable of. And if someone doesn’t like it, that’s all right. I don’t like plenty of things, too. But I think getting paralyzed by the fear of the possibility that someone might not like it is not a good reason to not pursue something.

Experiment. It’s hard to get away from the sound of new public radio podcasts like Radiolab or 99 Percent Invisible. So if you can do something to break the mold a little bit, break it. I’ll try out something new every once in awhile in episodes, and if it doesn’t work, I’ll drop it, and if it does, why not leave it in? If it brings a different feel to the piece or lightens it up while at the same time not jarring the listener, why not do it?

The advice I give is this: Have a theme and a topic. Have a reason to be doing it. I think what Paul Gilmartin is doing with The Mental Illness Happy Hour, or Scott Aukerman is doing with Comedy Bang Bang with all these characters and sketches, or Who Charted? being all about the music and movie charts, are all great examples. By the way, this completely contradicts what I do, because I just show up and talk. But I think the mistake a lot of new podcasters make is, they say “Well, Jimmy Pardo just shows up and talks, Adam Carolla just shows up and talks, so I can just do that.” And I think there’s enough of what I like to call white guys talking out there.

So my advice, in a long-winded roundabout way, is to have an angle. Have a reason to show up every week. Have something you’re passionate about. If it’s ‘80s music, do an ‘80s music show. If it’s bicycles, do that. This concept of just showing up and talking, I think there’s enough of that. There’s a certain number of people who can do it —Howard Stern, Bob (Kevoian) and Tom (Griswold), Paul F. Tompkins could do it if he wanted to start. But really, most people can’t. So give yourself an outline to work with.

It’s important to remember that a podcast is not about you, the host. It’s about the listener. So as much as it might be an autobiographical podcast, like, “Oh my God, I went on this date and this happened…” That’s fine. It can be stories about your life if you want it to be. But when you’re hosting a podcast you have to imagine that you’re on your first date with someone. Are they actually interested in what you’re saying? Or are you just talking because you love hearing yourself talk? …

Here’s another way to put that: People at a party are often trying to be their best. They’re at their most interesting right at that moment. Podcasting is partly about learning how to tap into that kind of energy and be dynamic in a way that’s engaging. And it’s hard! I was a cold fish when I started. People say that they liked my very first few episodes, but I would say that I am humiliated by my first 10 podcasts. Because that’s not me! But I did improve. So tap into the part of yourself that you know is going to be the most dynamic for listeners.

You have to not be afraid to put yourself out there. For example, I’ve worked with this musician out of Portland that I just love. He found the show and likes it, and I’ve listened to his music. And I’ve thought, My God, there’s stuff in the stores that isn’t as good as this, yet it’s generally only getting 15 or 20 listens a song. I can’t believe that. So I asked him what he’s doing to promote his stuff, and he answered “Not a lot.” And that’s the thing: He’s making good music. He’s making great stuff. But if nobody hears about it, and it’s never going to get promoted, it’s just not going to get out there. So when he put out this new EP, he mailed it out to a ton of different music blogs all around, and one of them posted it, and he started getting a ton of listens from that one single post. Doing a podcast is a lot like that.

I am bashing my head against the wall about a thousand times; 999 of those times it just bounces right off. And then one out of every thousand times, something really clicks, and I talk to the right person or do the right thing. It’s sort of like hitchhiking: 95 percent of people are just going to pass you by on the road. But that doesn’t mean you should just pack up and head home. It means that you either need to do something different or just keep trying. That’s a really simple message, but I’ve always been really amazed by people’s responses if you genuinely put yourself out there. If you try to reach out to people you genuinely respect, yeah, they’re probably not going to write you back. But every now and then they actually will, and it will be the best connection you could ever make.

If you are dreaming for fortune and fame, be prepared to play the very long game. And good luck to you, sir or madam! But the main piece of advice is just to make your show. At this point, you can do it. I could make a slightly less sophisticated version of The Memory Palace using solely my iPhone. You really only need two pieces of equipment. You need a computer and a microphone. And then, I suppose, you need some sort of mixing-type thing to allow the sound to go into your thing, but I bet you can borrow that from your teenage neighbor or whatever. So fundamentally, if you want to be a podcaster, make a podcast, and you are a podcaster.