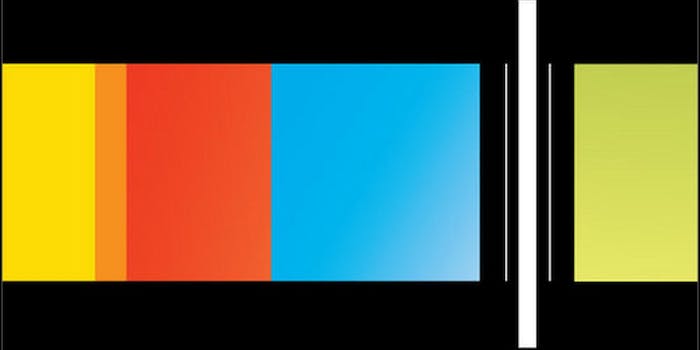 Analyzing the big winners and key trends in podcasting from the 2012 Stitcher Awards in San Francisco.

Movies have the Academy Awards. Popular music has the Grammy Awards. Television has the Emmy Awards. Theater has the Tony Awards. For all their myriad flaws (“We Are Young” for record of the year? Seriously?) these awards are the gold standard for their respective mediums, a sort of Holy Grail of Prestige.

Last Tuesday in San Francisco, Stitcher, the popular Internet radio service and app that serves as something of a Pandora for podcasting, took a stab at establishing the medium’s equivalent with the first annual Stitcher Awards. With 200 attendees and 160,000 votes, and hosted by the venerable Marc Maron, the Stitcher Awards were (relatively speaking) a fairly high-profile event. The winners included widely beloved Public Radio International stalwart This American Life for best overall show, while The Nerdist snagged best comedy show, and WTF With Marc Maron’s Tenacious D installment won best single episode.

Though they attracted little mainstream attention—outside of a fun writeup from USA Today’s Pop Candy blog—the Stitcher Awards were a noteworthy event for podcast fans. Though growing in popularity, podcasts remain a relatively niche phenomenon; only a fraction of the United States population listens to podcasts, and more than half of Americans aren’t even familiar with the concept, according to research from the Pew Research Center. If the Stitcher Awards are able to catch on and gain some mainstream traction, they can help expose new audiences to podcasts and can shed at least a little light on some trends in podcasting.

Here are five of the major points that I observed in combing through the winners this year.

Of the 20 Stitcher Award winners, a comfortable majority belong to some variety of network—whether that’s a traditional outlet (BBC, NPR) or one of the newer networks like Nerdist Industries, SModcast, or How Stuff Works. It would seem that the inherent strengths of a network, from the ability to pool resources to (at least in theory) a certain quality-control threshold, give podcasts that belong to a network a distinct competitive advantage over other shows. This is not to say that a totally independent podcast can’t break through, because a fair number of such shows managed to nab a Stitcher Award. But podcasts without the backing of a network definitely face a more uphill battle.

There are categories in the Stitcher Awards that are almost entirely owned by public radio, be it NPR, Public Radio International, or the BBC. Unsurprisingly, such networks dominate in politics, news and journalism, with BBC Global News winning best news and politics, and WNYC’s Radiolab winning most original journalism. And it seems unlikely that any podcast will unseat the overall dominance of This American Life any time soon. That’s not a surprise; traditional media enjoys a considerable advantage in politics and journalism, with access to better-known guests, larger audiences, and most importantly, more money. After all, original journalism is expensive work.

But more Stitcher Awards went to podcasts that live entirely online than radio shows. This came as a moderate, and pleasant, surprise to Podspotting; while public radio outlets do great work—work that’s difficult to do for one podcast alone to do—it’s nice to see smaller operations managing to hang with relative giants like NPR and the BBC. 3) Defining podcast genres can be tricky.

Don’t get me wrong, defining genres in any artistic medium can be tricky—perhaps most hilariously and consistently in music, which has given us such gems as chillwave, liquid funk, and slowcore, among many others—but it seems to be especially challenging in podcasts. Many of the shows straddle multiple genres and, consequently, fell into certain Stitcher Award categories seemingly arbitrarily. Take, for instance, the category of best games and hobbies. The category included everything from videogame shows (The Indoor Kids) to travel shows (Travel With Rick Steves) to quiz shows (NPR’s Wait Wait … Don’t Tell Me!). Those are three shows that should not be competing in the same category. Similarly, note the odd placement of Doug Loves Movies in best film and television, alongside the erudite film podcast Filmspotting; Doug Loves Movies would almost certainly make more sense competing as a comedy podcast or up against a quiz show like Wait Wait … Don’t Tell Me! There’s not necessarily anything Stitcher can do about this, but it stands out as a challenge in cobbling together any slate of podcast awards.

Astute readers may have noticed that, in my various mentions of podcast awards thus far, I haven’t mentioned perhaps the most obvious example, the Podcast Awards, which will see its eighth installment in Las Vegas in January. There are a couple of reasons for that: For starters, the Podcast Awards remain relatively obscure and winners are often somewhat confounding, which, at the least, suggests that some fanbases may be really good at taking advantage of the system. This isn’t always the case—and the 2011 winners, on-balance, made sense—but the Podcast Awards have often seen hyper-specific shows somewhat inexplicably win general categories, like the dominance of Firefly-related podcasts.

Like the Podcast Awards, the Stitcher Awards incorporate user votes, but they also took into account show rankings on the Stitcher List, which produces a series of winners that looks like a pretty accurate representation of what the podcast audience is actually listening to—and likely reduces the ability of any show to stuff the digital ballot box too much. Of course, those votes are coming from Stitcher users, which aren’t necessarily representative of the entire podcast audience; if any podcast award is to be credible in the long-term, it will probably have to exist independently from any single service. The Academy Awards, for example, probably wouldn’t be taken quite as seriously if they were, say, the Netflix Awards instead.

Though there were a smattering of shows nominated that emerged within the last year, and a couple of winners—including Good Job, Brain! for best album art and Mohr Stories for, well, best new show—for the most part the shows that collected a Stitcher Award were well-established, years-old properties. There are a few ways to view this: You might argue that the field of popular podcasts has largely solidified and that breaking in is exceedingly difficult. You might also argue that there just weren’t that many good shows to debut in 2012. More charitably, you might contend that podcast popularity is largely about the slow, steady effects of inertia, and that it takes time for even a great podcast to get into a groove and find an audience. At any rate, the field appears ripe for more innovation; with most of the popular podcasts a pretty known quantity at this point, the podcast world is overdue for some challengers to shake things up a bit; hopefully promising, inventive shows like The Truth and Decode DC will continue to expand in popularity and ambition in 2013.