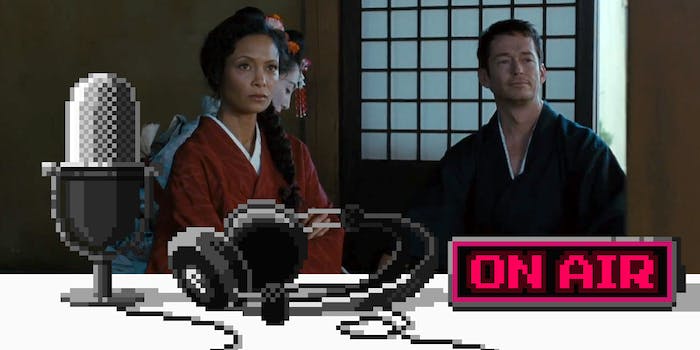 Maeve's a Jedi now. What does that make Dolores?

In Westworld episode 5, “Akane No Mai,” Maeve is now a Jedi.

We’ve finally gotten to Shogun World, and found out how Lee Sizemore has been sourcing his storylines. We also find out Maeve can’t just control people with voice commands, but with her mind. Dolores is still consumed with revenge, and is now messing with Teddy’s code. The divide between the two women is tangible, but will they converge again?

Maeve the 4th be with you. @thandienewton #Westworld #StarWarsDay pic.twitter.com/uaT9p4fLws

Check out our past Westworld season 2 discussions here.