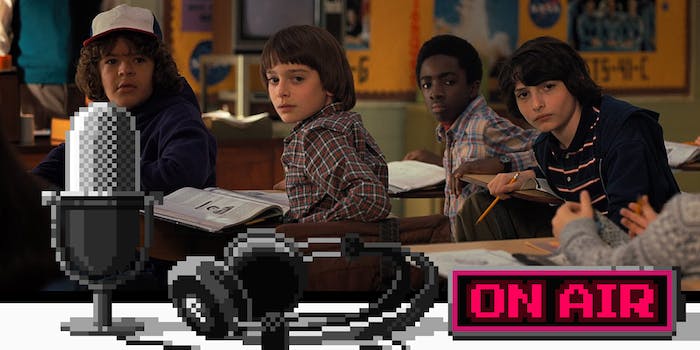 We've got mixed feelings about the new batch.

Netflix made fans wait a year and a half for Stranger Things season 2. Was it worth it?

This week we unpack the new characters, storylines, and relationships of season 2, and try to keep all the show’s ’80s references straight. What the heck was episode 7? Is Hopper a good dad? And should you ever trust Paul Reiser?

Upstream editor Ramon Ramirez joins us from the frozen planet where people who’ve never Stranger Things live, to discuss what the show might be about, and if it can sustain a third season. Grab a Demodog and come on down.